The regular Season of the WGLEU is now over, and its results are set in stone. It only comes at half a surprise that the winner is the defending champion: 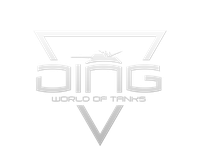 Thanks to their excellent results towards the end of the season, Kazna Kru took the second place away from Go Hard, and are the second team to automatically qualify.

The teams ranked 3 to 6 will now play in the Online Playoffs on 19 March. Two of them will secure the remaining tickets to the Season Finals. Very shortly, we will announce the date and location of the event. 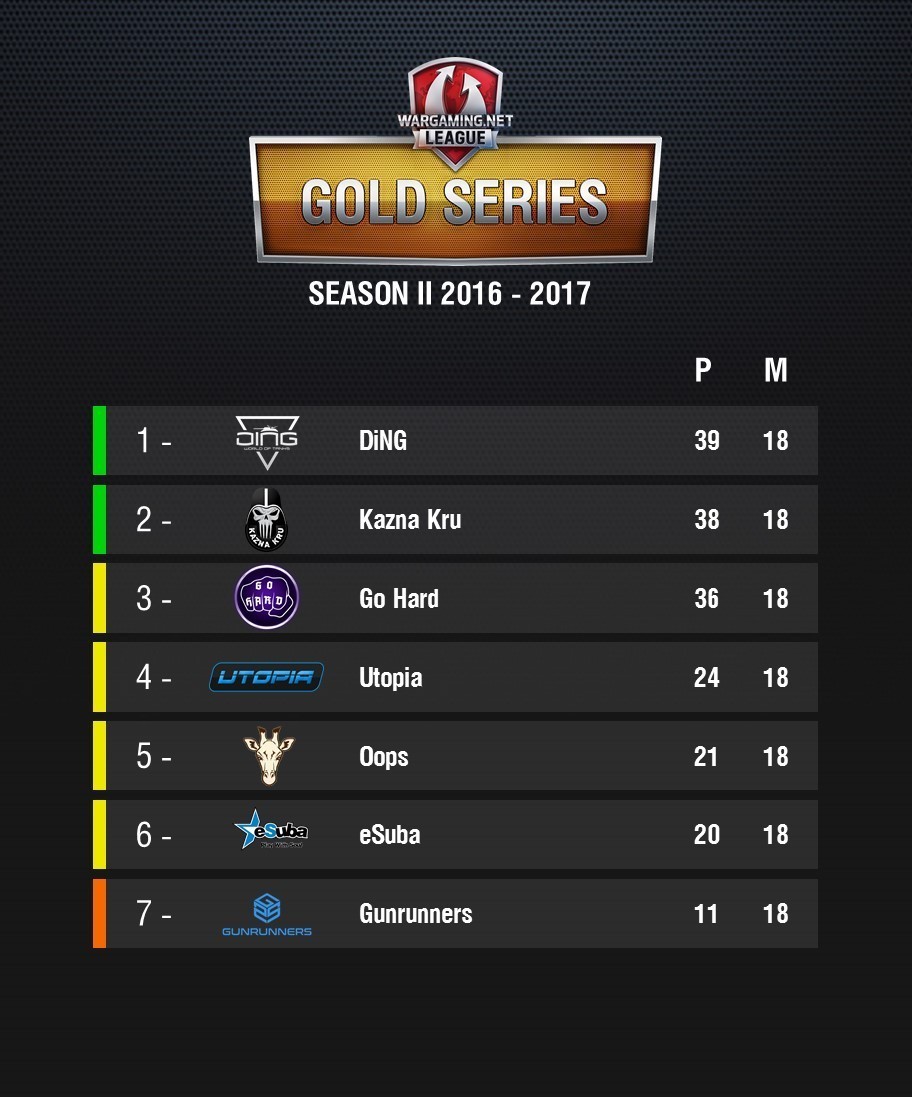 The first match of week was DiNG vs Utopia, and everyone was eager to see some unexpected tricks or new tactics come into play. Both teams played with super heavy lineups. Himmelsdorf and Ruinberg were maps one and two, with both teams taking a round on each in a tense battle: 2-2. We did see tricks, with big tanks being sacrificed to perform new capping strategies.

On Ghost Town, DiNG started to take full control of the match. On Steppes, they also surprised Utopia by picking artilleries in attack, which is unusual for them. Utopia opted for static defence with two Maus, which didn’t help at all, so that was the end of it. DiNG secured their first place with this match, ahead of Kazna Kru and Go Hard, knowing these two teams were playing against each other next.

Now this was a greatly anticipated match - a battle that would decide the second position in the league, and possibly even the first if all the results of the week went in Kazna's favour. It kicked off on Ghost Town, both teams playing to their full potential with a dramatic conclusion where two Maus tanks played 1v1 on 1 shot. Good ol' RNG saved Diplomat from Kazna Kru, when Nial from Go Hard had a low roll on him. Go Hard responded in the next round with five Maus tanks in attack, overwhelming Kazna Kru, but that was it for them. Massive mistakes and passive play during the rest of the match caused them to lose both Cliff and Prokhorovka, for a final score of 5:1 for Kazna Kru.

Kazna Kru needed this match to finally secure their place in the Season Finals, but eSuba came well-prepared and gave them a solid opposition. The teams traded rounds all the way to the tie breaker. In the decisive battle, eSuba managed to hold off the middle push on Mines, taking crucial points away from Kazna Kru. A very nice win for eSuba.

Go Hard needed these points to stay toe-to-toe with Kazna Kru, and the match didn’t start too well for them. At 0-2 however, they regained their composure and started taking round after round. One highlight of the match happened on Mines, when Gunrunners brought a Conqueror Gun Carriage into the battle. The tactic almost worked, with a nice blindshot of the artillery, but Go Hard stood strong and closed the match.

Oops started off strong, taking the first two rounds. When it came to Steppes, a dominating performance from PapaPawian in arty (5500 damage) marked the turn of the match. Oops was unable to stop the Maus-waves Utopia threw at them in the following battles.

With this win, DiNG ensured nobody would mess with their entry to the Grand Finals. They didn't give Gunrunners much place to shine, dropping only one round. At this point, Gunrunners didn't have anything to win, so they brought in some interesting strategies, including a full Japanese lineup at the end... which didn't work out.

It wasn't all bad for Gunrunners this Season, but they have room for improvement if they want to be competive against the very best. By finishing in seventh place, they will soon have to defend their spot in the Gold Series. They can undoubtedly make it, so good luck to them!

A match that looked like it could go the distance, and it's exactly what happened! The teams traded round for round across four maps with neither of them giving their opponent any room to breathe. The match ended on Himmelsdorf. A quick brawl in the south of the map gave Utopia the advantage they needed and they were able to score the last point.

This match had the potential to be electric. Kazna Kru needed only one point to secure their second place and Oops wanted a clean 3-point victory to secure their fourth place. Starting on Murovanka, we had two very close battles with Oops coming out on top both times. Heading into Cliff, Oops should have taken one round but Kazna Kru stepped up and took the attacking and defending wins. With things all square on Prokhorovka, Oops seemed to fall apart on Round One, when they offered Kazna a win that should have easily been theirs. From then on, Kazna Kru were able to get the better of Oops, eventually winning the match 5:3.