The League is live this Thursday at 19:00 CET with Utopia vs Gunrunners, followed by Go Hard vs eSuba at 20:30 CET. 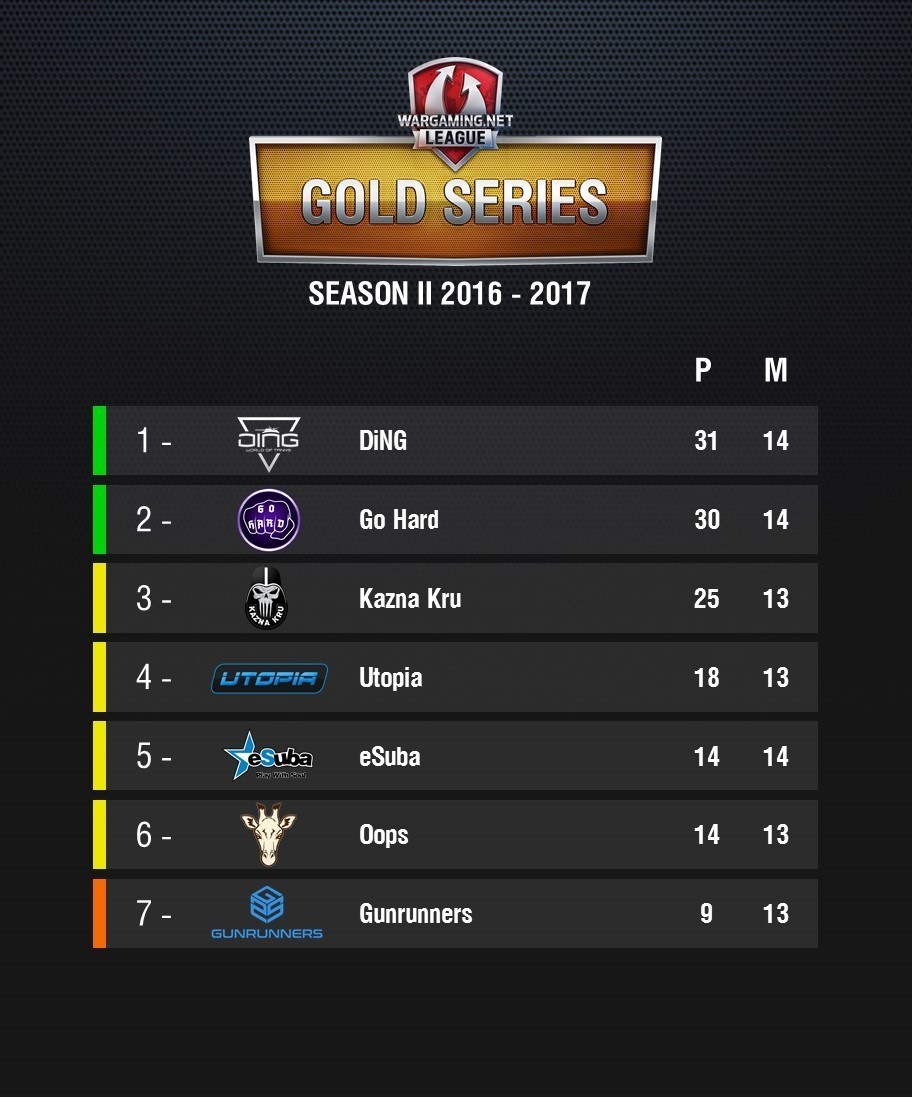 In a very one sided and very quick match, DiNG swept aside Gunrunners 5:0. The last time these teams met, it was DiNG that lost 5 : 3, but they appear to be a different team now. Gunrunners simply couldn’t keep up this time.

The second match of the evening was almost as short. Starting out on Himmelsdorf, the teams traded wins on the defensive side before Utopia took full control of the match, winning four rounds back to back. Like DiNG against Gunrunners, Utopia were always one step ahead of eSuba.

Both teams went even in the beginning but Kazna seemed to break Oops' spirit on Mines, where it seemed liked Oops would pick up the round before Hybaa managed to survive against multiple opponents for Kazna. The deal was sealed when Oops threw away a massive lead on Prokhorovka.

A highly anticipated match, since it is undecided which of them will secure a top 2 position and qualify directly for the Season Finals. The first two battles on Ghost Town were very close, both team won their defence round, with Yzne scoring an amazing 3400 damage with his Swedish Tank destroyer. After that however, DiNG were able to perfectly read Kazna's game plans throughout the match, and gave them quite a lesson.

Another important match that could have an impact on the top 2. The match was rather balanced but Go Hard managed to read the game better. In the last round on Steppes, they even seemed to display a better understanding of the map, and consequently took out their opponents.

On paper, this looked to be a short one, and it was. DiNG came out swinging against eSuba and left nothing standing. The one round eSuba could potentially win, on Himmelsdorf, was thrown after some miscommunication. DiNG picked up round after round, resulting in a 5-0 score.

A vital match for Go Hard, and their chance to stay in the top 2. They started strong against Oops, who were missing two key players. The quick and aggressive pushes seemed to be too much for Oops to deal with. They did manage to pick up one round on Steppes, but it was more thanks to some misplay from Go Hard. That was it from the side of Oops, who will have to think hard about the upcoming playoffs.