The League is live this Thursday at 19:00 CET with eSuba vs Kazna, followed by Oops vs Utopia at 20:30 CET.

Did you miss this week's broadcast? Not to worry – we have all the best action compiled for you in our weekly video highlights.

And remember, the WGL portal is also up and running, so if you want more information or if you're interested in what's happening in the other regions too, go check it out!

Please note that the livestream is only available in English. 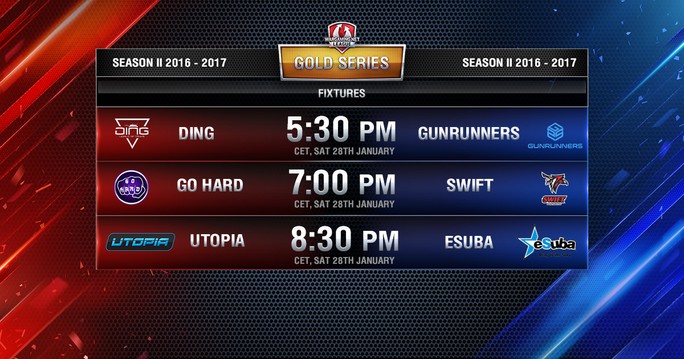 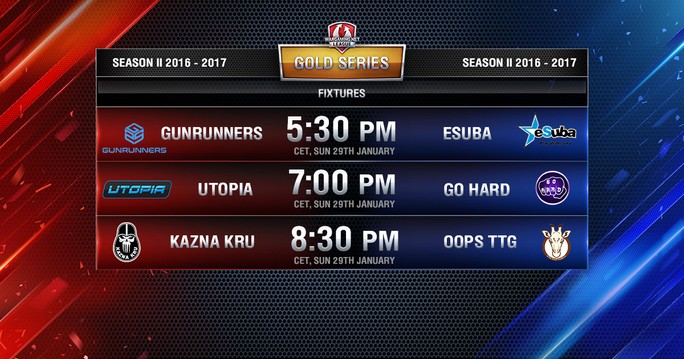 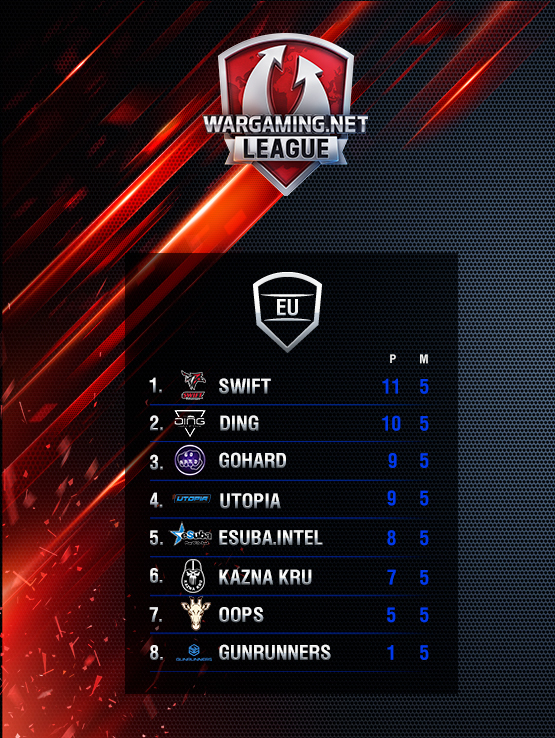 A clash of newcomers as our two Czech teams battled it out. After a back and forward fight across four maps with neither team looking dominant, eSuba were able to pick up the win in a tie-breaker on Ghost Town.

Go Hard took the first four rounds against Utopia. Heading into map three on Himmelsdorf, Utopia were able to pick up a round but Go Hard forced the fight in round two on the North East of the map, taking the win, the map, and the match: 5-1.

After a slow first round where eSuba managed to catch tank after tank on Mines, Oops reacted with a great counterpush in game two. Unfortunately for them, the rest of the match didn't go in their favour. Several bad trades and arty shots later, the match resulted in a convincing success for eSuba, 5-2.

The first round on Himmelsdorf saw Gunrunners experiment on the attack with a double Foch 155 setup trying to reach the rails. An unsuccessful attempt, with Swift quickly shooting them down. Gunrunners did much better on the defense in a game worth watching. During the rest of the match, very aggressive play by Swift earned them a deserved victory.

ESuba opened the match with an early lead on Cliff, but a surprise rush from Swift tied the score immediately. On Ghost Town, Swift once again took the aggressive option, not only in attack but also in defence and picked up both rounds. 5-1, decisive win for Swift, taking them to top of the rankings with eleven points.

A highly anticipated duel where the viewers wanted to see how the promising Go Hard team would fare against the veterans of DiNG, and whether they would be able to shake them. Go Hard opened the match with very aggressive play on Ghost Town, but they lacked cohesion and timing, and the map went to DiNG. The subsequent attempt by Go Hard to use a double Maus composition also failed on Prokhorovka and put the team in a difficult position (0-3). They did attempt to come back, but despite some good play, and notably a brilliant tactical trick on Ruinberg, Go Hard were unable to take down the current champions this time: 5-3.

Another match with high expectations, marked by rather defensive play from Utopia which didn't end up being a paying strategy. Several battles in the match revolved around base capture strategies, especially on Himmelsdorf and Ruinberg, and the final result was 5-2 in favour of Kazna Kru.

A very one sided affair as Oops swept Gunrunners aside, with a 5-0 result. The experience of Oops seemed to be the main factor here as Gunrunners were a step behind in each round.

Kazna took the lead on Mines in round one. However, it was all downhill as Go Hard won the next five rounds in a row. Go Hard outplayed Kazna, especially on Ruinberg when they took the lead 4-1 with a brilliant cap rush on the north of the map.

DiNG started out rough as they lost both rounds on the first map Ghost Town. By the time the teams got to Cliff for map four, it was all square at 3-3. Utopia then stepped it up a gear and won both rounds, giving DiNG their second defeat of the season. PapaPawian in arty nearly one-shotting Breakneck in a TVP 50/51 was one of the big highlights of that map.