In order to get to know the teams that defended their country’s honour at the World Cyber Games 2012 in China, we are bringing you interviews with all four European teams. Get to know the members of the individual teams and find out their thoughts on their participation at the biggest eSports event of the year!

Today we bring you SBP Zawisza, the Polish national team. Proudly representing Poland for the WCG Finals, the team SBP Zawisza was yet another big favourite for this competition. Their performance on the first day was without any surprise of the highest quality, and they proved to the world that Poland is a country to be feared and respected when it comes to competitive gaming. 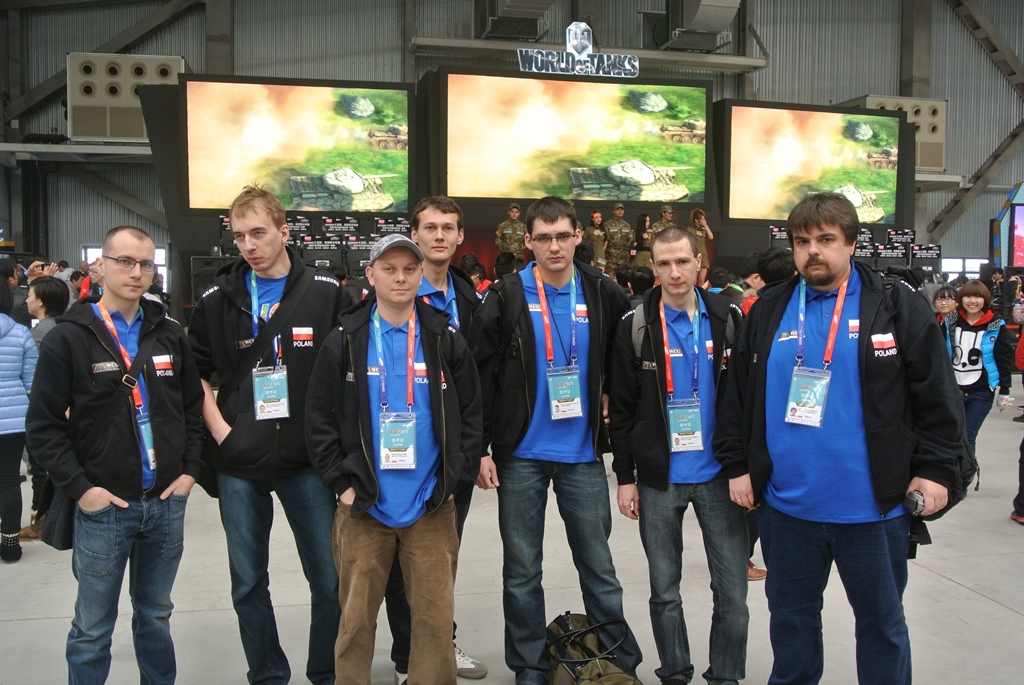 What are your ingame nicknames?

How old are the majority of you?

When did you start playing World of Tanks? How did you become a team?

Some of us have been playing since beta, but we have only been in the 7 vs 7 format for about one year. We were playing Clan Wars together for a long time, but we got bored of it.  It wasn’t enough for us, so we decided to move to Go4WoT 7vs7.

How were national qualifiers?

It was really hard to get to the national qualifiers and after we managed to get to the Polish finals it was even harder. We met the best teams like Evil Panda Squad, Lemming Train and another team from our clan, SBP Panzer Fist.

How does it feel to be part of the WCG Grand Finals experience?

For most of us it’s something new, we didn’t expect that we will manage to get on the top position, as we didn’t take it so serious (until now) like other teams do, for example, the RU teams. We are a group of people who play mostly for fun, but… it happened and it was really amazing to go to the grand finals to represent Poland in China at the WCG!

Which players do you fear the most?

Don’t give up, do your thing, and do not underestimate your opponent, then all will be good.

That’s it for the interview, Commanders. If you want to check out their performance in the event, don’t miss:

You can also meet the other European teams in the previously published interviews, the French LastMinute, the British BigClan, and the German Odem Mortis.

See you on the battlefields!