Over the last few weeks, a battle for supremacy has been raging in the European tournament scene.  153 teams stepped up to fight for a place in our grand finals in Moscow, and as the dust settled, four teams emerged victorious and have qualified. Our European champions will take the fight to Russia on Saturday! In our series of interviews, we meet our champions who are hoping for a European win.

Today, we present an interview with 1st PAD Expendables (1PAD). They won nearly all of their matches during the Ural Steel cup. Only one game was dropped and that was due to an unlucky matching against an Odem Mortis team (OM-V Trolling team). During that match, they prevailed with a 2:1 win and then it was smooth sailing to the finals.  All members of the team joined in with the interview!  Here they speak about about the Ural Steel finals, including what they are expecting, what they do and how they got here. Read the full interview to know what is in the champions’ mind! 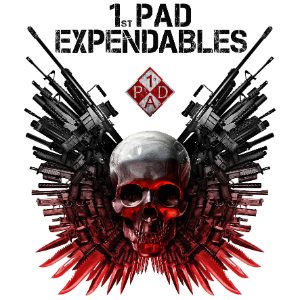 General Information About the Team

How did you form your team?

We did not get into the primary team from our clan, so we made our own team!

How do you prepare for the battles?

We gather up around an hour before the match and in that time we make our preparations for the battle.

What are your team achievements?

Our team is brand-new, so we don’t have any achievements, but most of our players have some achievements in different teams in the ESL and Wargaming tournaments.

What can you say about your opponents and the most exciting matches?

The first phases were quite easy - we had one longer match against an enemy who favoured camping a bit, which resulted in two draws. Then we were fighting against the OM Trolling team.  The battles with them were quite interesting and jammed!  Then the match with the Hungarians from Steel Storm was really quick, dynamic and exciting.

Describe your most interesting battle moments

The last battle with OM-V Trolling Team on Ruinberg was very interesting – there was a clash in the middle.  Three enemy T32s rushed at our one lone T32, and our other two T32s had to help that one really fast.   Also an AMX 50 100 was sniping from a safe distance. Their three T32s finally killed our one T32 but just a few seconds later two of them were dead.  In the meantime, two enemy AMX 13 90s arrived to cap our base. We killed their last T32, but then an AMX 13 90 reached our two remaining T32s and suddenly killed one.  Our tanks managed to kill one but the second one escaped. Our artillery – a Bat Chatillon 155 and our last remaining T32 with T1 Cunningham decided to start capping the enemy base whilst an AMX 50 100 was defending our base. Later he started hunting through the town streets but their AMX 13 90 had chased our tanks to his base and promptly died.

Rate and describe your performance in qualifiers

With every next match we were playing better and better.  The qualifiers were just a warm-up!

What does your team think about your competitors from Europe and from the other regions?

The rest of the European teams are really good.   They have had a lot of practice in the ESL and Wargaming tournaments.   The Russian teams are very aggressive, with a risky style and many French tanks. I would say that matches between Europe and Russia will be the most equal and the fastest of all, because of their aggressive gameplay, whilst our European teams adopt a slightly more "cautious" style. The South East Asia and Chinese teams are presenting a similar level – nice teamplay and a cautious style.

Are you following competitors’ games and are you aware of their progress?

How will your team prepare for the finals?

We are going to be as well prepared as possible.   We’ll be training a lot to enhance our tactics and teamplay.

What you think about Ural Steel as the tournament?

In general, it's a great tournament.  No arty tier limitations is something new.   However, we were a little disappointed that only 7 players can go on the finals.

What are your expectations for the Ural Steel final?

We want to get as far as possible and have fun whilst doing it!  We have already achieved a lot, so now we can only achieve more!

You also can see some of their replays here:

And don’t miss the next interview, where we meet Odem Mortis, another of the four qualifying teams for the Ural Steel Final!

Good luck to all the European teams in the Ural Steel competition!