We’d like to invite all Finnish World of Tanks fans to take part in the first Finnish national tournament. Finland is packed full of fans of virtual tanks, and possibly because of the extremely cold climate, a home to a great number of amazing teams! Examples of great Finnish success include SPALE, who are taking part in the European Wargaming.net League, Brothers in Harms, and Freefall, who have accumulated loads victories and gold on their record.

The first Finnish national World of Tanks tournament has a prize pool of 100,000 which will be distributed amongst four top teams. In addition, the winner will take home vouchers worth 550 Euros, provided by Pelaajan Valinta, one of the sponsors. Finally, every person who actively participates in the tournament will be entered into a raffle for a 50 Euro voucher from the same sponsor. 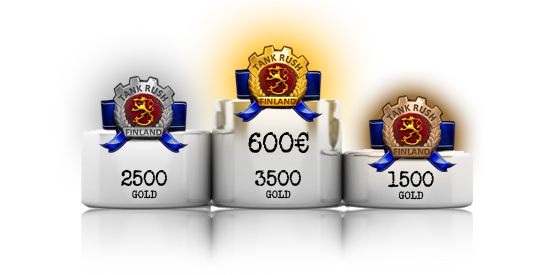 Tournament registration is already open so come and sign up to take part in it! Registration closes on October 16th and the finals will take place on October 19th.

The rules are fairly simple – the tournament follows the Go4WoT format. That’s 7 vs 7 battles with 42 tier points per team. The tournament is played in a best of three format. Each team must consist primarily of Finnish nationals, but they can have a maximum of one non-Finnish player.

Don’t forget to watch the livestream of the finals, which will happen on October 19th!