Round 4 of the Super 6 Tournament started on a warm summer Saturday afternoon. As the tank commanders stepped into their tanks, I could feel the determination of the teams as they drove out onto the field of battle and towards the coming rounds of the Super 6.

Immediately some giants fell.  As the dust settled on the evening, Red Tide was looking unstoppable.  First 1SBP ESL fell to their might and then the fires of MUMMY were quenched by their brutal onslaught. TAC then fell to a 2:0 victory and OOPS was dispatched with clinical efficiency.  What team could stand against their might?

Out from the shadows rolled Odem Mortis

OM’s fourteen had been quietly cutting through opponents round after round, biding their time and storing their strength for the battles ahead. On the 7th of this month OM’s fourteen took on the might that was the Red Tide Medium Dream Team and EU history was made, as they became the first ever Super 6 tournament winners! 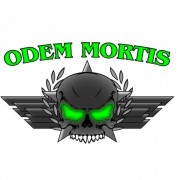 I was able to catch up with Abusemeh, captain of OM’s fourteen a few days after the event to get his feedback on how it went:

The interview is in English, but there is a language specific transcript of the interview at the bottom of this page.

Over the course of the tournament, thousands of rounds were fired and hundreds of tanks fell to the onslaught of teams determined to triumph. I would like to thank everyone who participated and gave me feedback so I can improve the tournaments in the future.  One improvement that I have already implemented for forthcoming tournaments is to increase in number of winners of people winning gold to make sure that more teams can cover the cost of gold ammo in future tournaments. Visit the eSports section of the forum for information on this.

Here are the names of the first winners of the Super 6 segment of the EU All Star Medal. There will also be an updated list on the forum at all times.

As you can see from the table,  there are 2 teams in 3rd place.  This is something that I plan to fix but for the moment we are unable to set a 3rd place playoff.

Here are some replays from the final games.  Enjoy!

OM Replays of the Grand Final (from Berbo and Scharthak):

OM Replays of the game against EPIC, described as being the closest match fought! (from Luk2k)

[Bump] Hello!  Bump here from Wargaming.net in the EU.  We are here with Abu, Captain of Odem Mortis Fourteen, winners of the Super 6.  Hi Abu!

Oh wow! A lot better than take one. *laughs* We had an initial try at this interview but it died because of technical difficulties.  Could you start with telling everyone a little about yourself Abu?

Of course.  I am Abusemeh, I play for Odem Mortis.  This is a community that contains Pirates, OM, MUMMY, OM-W and OM-X, created after the merge with OM and PTS a couple of months ago.

How does it feel to be the winners of our first tournament and the Super 6?

[Abu] Pretty cool! I am proud of our players and community; it was an honor to represent them! It was a hard tournament but I would like to thank the people behind the scenes in our community.  The people that look after the forums and help us to get our games set up are the real heroes, basically the people that make it possible for us to just play the game.

I’ll just throw a few questions now about the tournament. What’s the hardest battle you played?

Hardest battle was our first game in the second round against the team [EPIC].  We are newer to T6 battles so getting the feel of it.  [EPIC] played really well and nearly killed us at the start.  Luckily we were able to turn it around, but it was so hard.

So [EPIC] are a team to watch out for in the future maybe?

Definitely! They are a very experienced team and you can see from Clan Wars that they are a force to be reckoned with.  They have some very good leaders and their tactics are at the highest level.

I hope they are listening and will come back for some payback.  So who would you say is the most valuable player?

Ahhh, a good question! *laughs*  I can’t answer this, as it’s a team game.  Each player who did their job are the real heroes of the team, so there is no best player.

I have been very lucky to play with you guys a little in fun companies in game.  The difference between the company play and public games is very high.  How do you practice as a team? What is your training schedule like?

We always platoon together in the community.  It’s easy as you connect on TS (TeamSpeak) and you get familiar and know how each other play. We try to always act as a unit in companies.  We have one big rule “ALWAYS USE ALL TANKS” so people must always be doing something, no slackers.

OM seem very focused at the moment.  I know you have just won the Company Cup also for the ESL.  Has there been an overall change in attitude as a team or is it a slow build up to this point?

The merge with Pirates (PTS) has been a big motivator.  In the name of OM and PTS together, we have been focusing a lot on tournaments instead of world domination map. Company games give a whole different level of adrenalin and we love that.

It’s great to see that the German teams really seem to be stepping up and taking it to the PL and RU teams lately.  Why do you think that is?

Germans are a bit slower but when they are coming with speed, they are getting better and better. People say that the Germans micro-manage everything.  This helps us in the game as it gives us some advantage in knowing how each other will react.  This process takes a lot of time so as time goes on we will close the gap for the Finnish and German players in competitive play.

As a captain of a successful team, what would be your advice to new captains looking to form a team?

My main advice is “Form a Team”.  This means don’t look at who has the best stats but look for players that play well together and have things in common and have a friendship.  This allows them to work better as a unit and follow commands in a more efficient way, and it keeps the fun of the game.  *laughs*

A very good point to make. *laughs* I won’t keep you much longer but is there anything else you would like to say to the fans or people that are following the tournament?

I don’t think there are fans yet! *laughs*  But I have to thank the players of the OM community who support the team as they have done in the past. There are a lot of people following live streams in the TS channel and I want to thank the people that cheer us on.

Awesome! One thing I wanted to add to that is, if you are interested in joining a clan then there is always a clan page that you can look for (I will likely attach the OM web site to this report), and look out for Livestreams in the future.  It will be something that is happening more and more.  I know that the ESL is very interested in trying to stream more tournaments of World of Tanks and I myself plan to start streaming the Wargaming.net tournaments in the near future.

We also have the WCG coming up at Gamescom where you can see the Top German teams playing. Odem Mortis will be there obviously representing their country, so keep an eye out for these guys streaming their games in the future.

That’s everything from myself, so thanks to Abu for chatting with us today and I’ll see you in the next tournaments!

Congratulations to OM’s fourteen on their victory!  Visit the Tournaments page on the portal to find out more about the other tournaments we are running!