We are pleased to announce that we have reviewed the process for the Super 6 tournament and we have decided to make the process much more simple.  The following changes should make the tournament a lot easier to understand and all should now become very clear.

The changes are as follows:

To help you understand the new process, here is a helpful infographic: 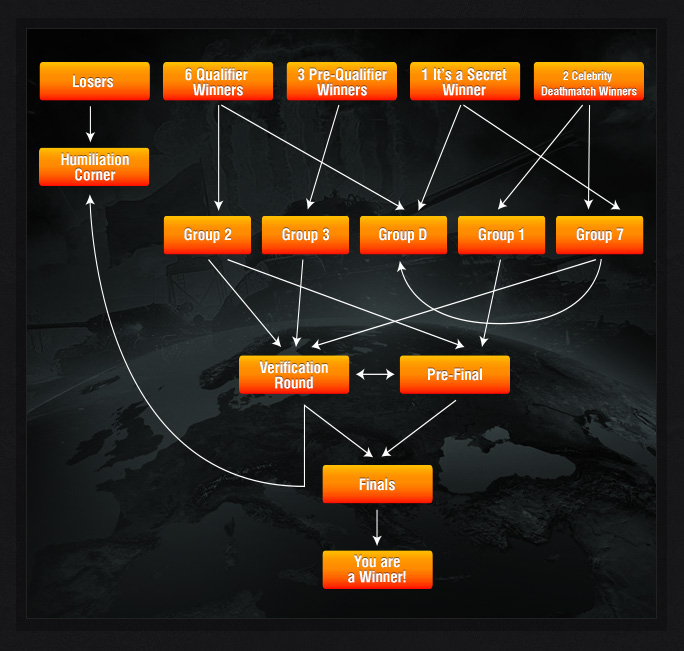 We hope you all agree that the new process is much simpler than the old one and we look forward to seeing you on the battlefields.