One thing was for certain when we started this season - no one knew which teams would come out ahead with the new format. The season is well underway, but still nobody really knows which teams will take the top spots going into the finals!

Every time we feel like we have a grasp on what's going on the very next match throws us off. For instance: 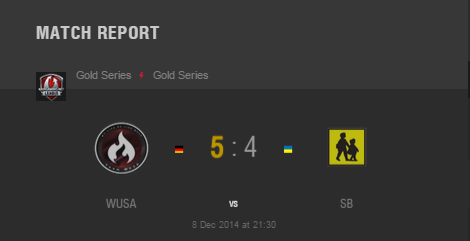 Everyone in their right mind would have predicted Schoolbus winning that match easily. Even with the roster changes, they are still the Season 4 European champions and the best of the west after winning Rumble in the West. WUSA, on the other hand, finished Season 4 in 10th place - not exactlya stellar performance. Take a look at how WUSA has stepped it up in the new format to get these incredible results:

Normally it takes one season of playing in the league before getting top results but UTOPIA has shown that with practice a new team can get some great results, for example in their match against TCM Gaming: 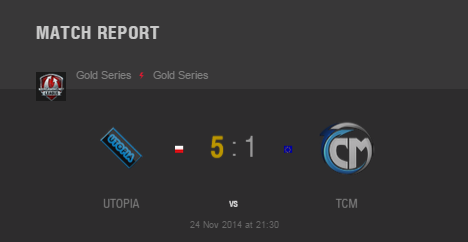 Impressive stuff from the team lead by Mukaa92, and a team that the Polish community should be proud of.

Drooling Leprechauns has struggled to find its feet in the new format, with several losses in the early stages. Perhaps their first match against Evil Panda Squad, where they threw it away in the last map before the tiebreaker, demotivated them. However they seem to be getting their act together with a much deserved win against Deep Tranquillity.

Out of all the experienced teams, Kazna Kru seems to have struggled the most coming into the season, with a myriad of failures. Although it’s bad for them, it keeps things interesting and confirms that the new format requires a lot of time and effort to obtain a high level of success. Recently, it does seem that Kazna Kru has started to get on the right path with their recent victory over UTOPIA.

The current ranking as we head into the break is as follows:

Clearly experience and player skill is carrying Virtus.Pro and Schoolbus to the top of the ranking. However their gameplay in the 7/54 format is very close to many of the other teams. TCM Gaming is the team we haven’t discussed yet. They can be very happy with their performance so far, but as per usual their lack of consistency when on the cusp of winning has had an adverse effect on their results. WASD Gaming seems to be getting into their stride with a strong win over WUSA with some cunning tactics. They still need practice to lock in all their roster changes, but they are improving at a steady pace.

So what can we expect once we resume on the 5th of January? Well the teams will have had a chance to rest, regroup and prepare so the games will surely be close, action packed and awesome! Here are the matches for the first day back: