Penta Sports has been one of the top-performing teams in the Wargaming.net Gold Series for several seasons now. Consistent, well-organised, skillful, they can be praised in many ways. They are also humorous. When asked if they have a team ritual, Penta answered: “We listen to Shia LaBeouf’s' “Just Do It" motivational speech everytime to get the whole team motivated and pumped for our upcoming match”. True habit, or subtle attempt to troll Wargaming? Perhaps a little of both. After all, they said: “When we are not playing WGL, we like to have fun”. And who would blame them? Having good results once can happen. Having outstanding results, season after season, definitely comes with its share of pressure...

A pressure they seem to be handling pretty well: 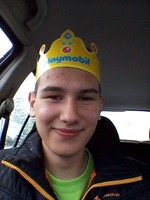 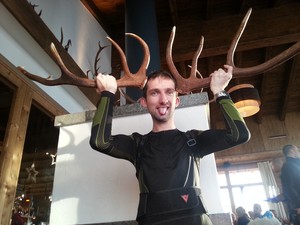 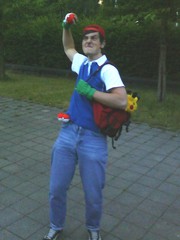 Yes... These guys play World of Tanks at a higher level than all of us.

Penta at work in a recent Wargaming.net League match

As usual in our Gold Series Highlights we asked a few randomly chosen team members to tell us more about themselves. Today's lucky winners gave us casual interviews:

"Hey guys, I’m Malte ‘DerZernichter’ Schubert, 21 years old  and current member of the WGL team "Penta Sports". I started in professional eSports with team "TCM"  in November 2014. My goal with Penta in general is to participate in every possible offline event, as I really like to spend time with the guys face to face, whom I got to know through this game. In addition to my eSports activity, I am the commander of "Odem Mortis International - [OMNI]", one of the top clans on the European server.

Now some more info about myself: This year I concluded my educational career for now by successfully finishing my technical diploma. I spend most of my time having fun with friends. We spend our evenings in bars, pubs, clubs or festivals and just generally enjoying being young!

Last but not least I want to say thanks to everyone who cheers and supports me and my team Penta!"

"Hey, I am Multi and I have been playing in the Wargaming.net League since the beginning. It was and still is a great adventure. Right now, we are in the middle of the new season, having a lot of fun with the Tier X. I hope you like them.

Apart from that, I have my own Youtube channel, where I upload my tutorials, some random battles and some pro League games. In my free time I also stream on my twitch channel.

I hope we will be able to achieve success this season."

"Kevin 'TheDeadZone' van Huit here, 19 years old, and veteran of Penta Sports. I've been in this team for over 3 seasons now, and leading for the second season as the field commander. Penta, previously known as "WASD Gaming" and "Cplay" has been known for their cheese plays, and I will be doing my best to continue this tradition throughout the season.

I hope all of you will cheer for us, we will do our best to achieve more than ever before!"

Current standings of the team :

Defeated by Knäckebröd in their first game, and by Tornado Rox in their third, Penta had a rather shaky start. Their -Spoiler alert- short victory against Out of Range (5-4) did not fully reassure the fans either. Overall, too many individual mistakes in these first weeks prevented Penta from being at the very top of the rankings at this point. Fortunately for them, the season is far from over and they are resourceful. Watching them fight their way back into the top 5 will be interesting.

Watch their next Matches live on the WGL EU twitch.tv channel