As we announced a couple of days ago, registrations for the third installment of Easy 8 Cup are already open. But despite the fact that previous Easy 8 final was held last month, we think is never too late to draw attention to the winning team. Ladies and gentlemen, Red Tide.

Red Tide is a community of Russian-speaking players on the European server game World of Tanks, founded in September 2010. They fight to “defend the honor of “indigenous” Russian- speaking community in the European game server of World of Tanks”, as they state in their official website (obviously in Russian, but still useful to those who are not afraid of Google Translator skills). 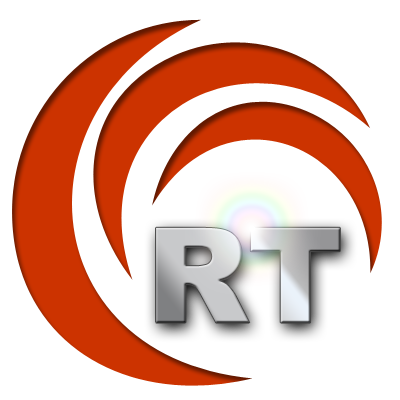 Here is our interview with their Deputy Captain _YR_ :

Could you start by telling us how you first got into World of Tanks and a brief history of Red Tide?

I discovered this game for myself in January 2011 and it was "the love at the first sight"... month later I found out about Red Tide and was accepted as a recruit.

Red Tide was created 25th September 2010 as a team of Russian speaking players to participate in first Closed Beta Championship. In that Championship Red Tide won 2nd place. Later on this team transformed to a clan to participate in Clan Wars. Red Tide still exists as a clan, although Red Tide was created as a team for tournaments and not so long ago we decided that we focus on different tournaments such as ESL, Baltic league, tournaments organized by Wargaming etc.

How do you guys prefer to train and how often since you are pretty active in all of our competitions?

How does it feel to be the winner of our Easy 8 Cup?

That was the first time Red Tide won a tournament organized by Wargaming, so it was AWESOME! This victory definitely encouraged us for the future to participate in more tournaments.

Who was the hardest opponent you met on battlefields?

Definitely Peculiar Gaming e.V., although we were hoping to face OM- Whitebeard in the final. In our opinion OM are one of the strongest teams of eSports and to encounter them on battlefields would be an honor.

Many favorites dropped out at early stages of tournament. Do you feel that this tournament is expanding with so many good teams participating?

Of course, it's always great to play against good and strong teams during official tournaments. By the way thanks to Wargaming for letting us use special battles mode, it's much easier in the training battles. Also we would like to highlight that it’s much more entertaining to be playing against huge amount of teams. These long tournaments always test your team’s skills and persistence.

What were your biggest fears and expectations for this tournament?

To be honest, we expected to win this tournament and we did reach our goal. We didn’t fear that much because we knew we have what it takes to be a winner!

Who is your MVP in this tournament?

It's hard to say, each and every player of our team is good, as long as he gets proper support from his teammates. The secret of our success is definitely a good teamwork!

As far as we know you are participating in many different WG tournaments as well as in ESL. What are your future plans in eSports?

Increase our popularity, probably find some sponsors and develop as a professional team.

As a Deputy Captain of a successful team, what would you like to advice to a new team rival and their Captains?

Follow live streams and watch replays of top teams. Battle against stronger competitors and learn from your mistakes.

Is there anything else you would like to say to other players or people that are following the tournament?

We would like to thank to Wargaming for creating this tournament. Personally I would like to say thanks to my teammates for their great support and teamwork. Also big thanks to our rivals for exciting matches. Thanks to all people that are following the tournament and cheering for their favorite team. Because World of Tanks is what it is.

From outside we would like to thank Red Tide for this interview, we wish you best of luck and success in following competitions.

It’s been a pleasure.

If you would like to see replays of last Easy 8 finals, here are the replays:

Please note that while booting replays error message about compatibility appears. This is due to the fact that matches were played in previous 8.0 version.

Remember, registrations for the upcoming Easy 8 Cup are now open!