We’ve had tournaments galore in which the top teams have been able to compete in fast-paced knock-out finals for big prizes. We are now pleased to announce the  European World of Tanks Pro League in partnership with the ESL.  The best twelve teams will be able to battle each other over a whole season for dominance of the league.

This league will consist of three seasons, and in each season the top twelve EU Tank teams will battle it out for fame and a piece of an incredible €100,000 prize pool! Yes, that means that European players will take home a total of €300,000 euros in prize money throughout the course of the full year.

That’s not all… The finals of each season will be held at the most prestigious eSports events in Europe and streamed to thousands of viewers online!

So, how do I get my hands on that prize?

As this league is very different to our usual tournaments, we would like to explain how the seasons will work.  To aid in this process, we have some useful diagrams to illustrate it! 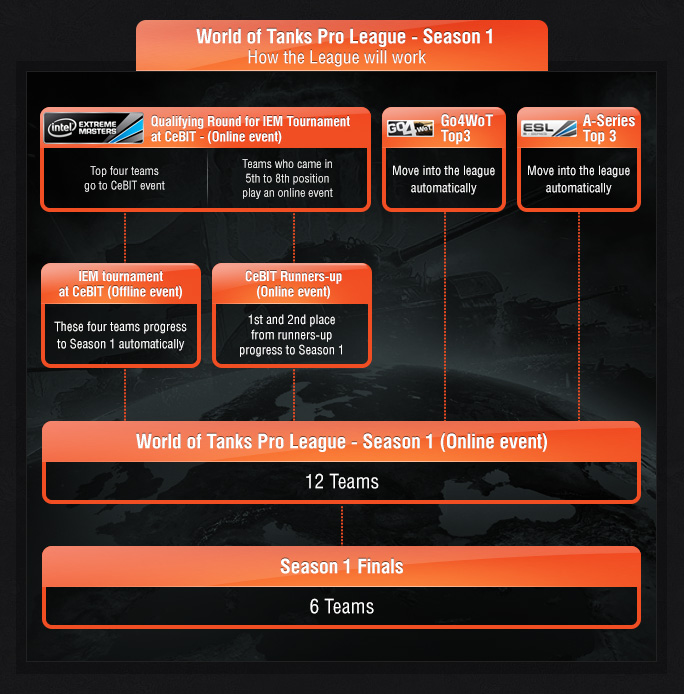 As you can see, the CeBIT Intel Extreme Masters in Hanover will be our launch event.  All teams can enter this prestigious event – four open qualifiers will be held to determine which teams go to the finals in Hanover and have the chance to be part of the league.

The four winning teams from the qualifiers will go to Hanover, and will also automatically qualify for the league.

Meanwhile, the teams which came 5th to 8th in the qualifiers will then battle it out in an online tournament.  The top two teams of these runners-up matches will be entered into the league.

The other teams will come from the Go4WoT and A-Series run by the ESL. These will also be undergoing some changes that will allow them to fit into the league structure.

After the finals of Season 1, there will be a lot of interesting things happening!

The top six teams from Season 1 will pass directly onto Season 2 and then the fun starts. Relegation games will take place to determine which teams will stay in the Pro League and which teams will be replaced by the best up-and-coming teams from the Go4WoT and A-Series! 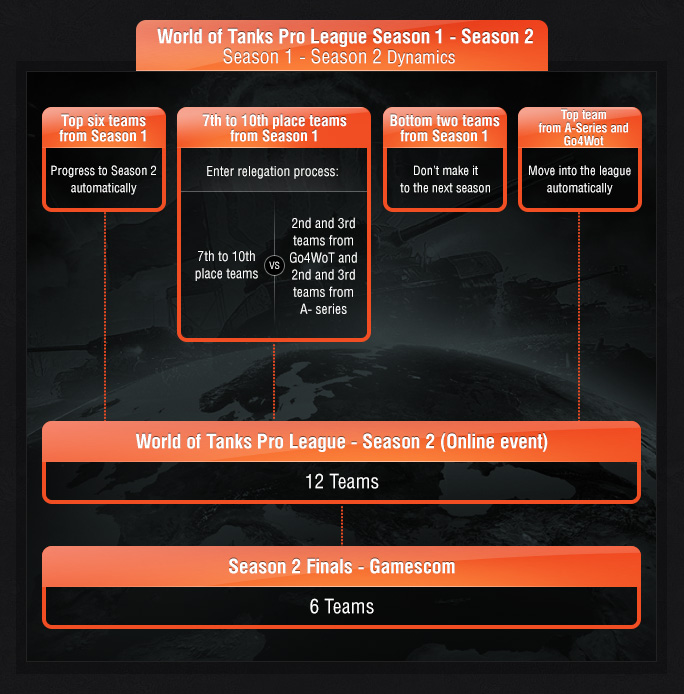 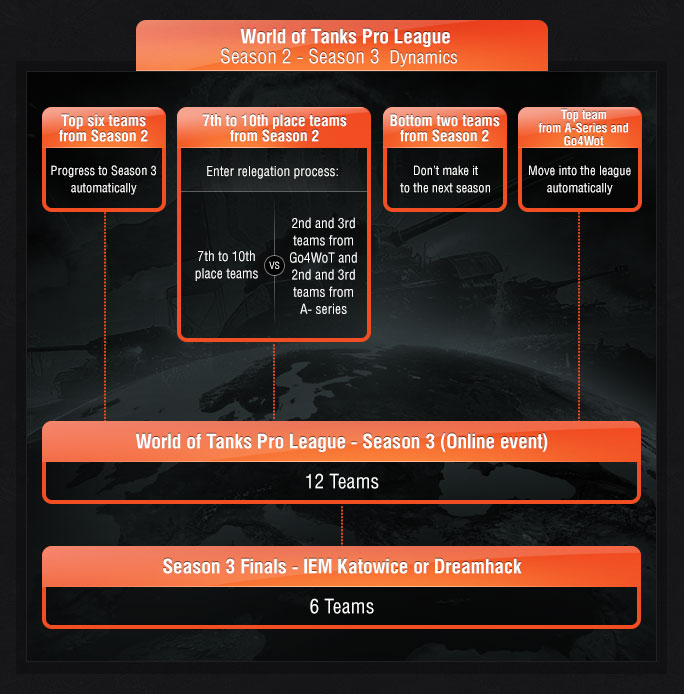 Seasons 2 and 3 will follow the same format as Season 1, and we’re sure you may have already noticed some interesting offline events taking place then also!

To get a more global overview of the Wargaming League, check out the official website!

We have launched a brand new forum section dedicated to the Wargaming.net league and our European World of Tanks Pro League. If you have any questions regarding the league, you are welcome to ask them there!

All that‘s left to say is…

Let’s show the world what sort of metal the EU servers are made of!