The World of Tanks Intel Extreme Masters group stage has come to an end and four teams have moved out of the group stage into the semi-final. During the day, a lot of really amazing and close matches have been played.

Here you can find the list of all the teams that have passed to the finals:

Teams from Group A:

Teams from Group B:

The matches have been watched closely by hundreds of fans at the front of the stage, and thousands more on the live stream that was available in English and Polish. The crowd’s cries of joy and sighs of disappointment were heard even in other booths all day long. After the matches, we interviewed most of the teams who didn’t get to the final, and we will share them with you next week!

As well as seeing the tournament itself, if you visit us in person you will be able to take part in special tournaments and quizzes organised for our players, or just take a ride in your dream tank that you’re still grinding for. It doesn’t matter how old you are or if you’ve played World of Tanks before - there are plenty of reasons to come and visit us in person! 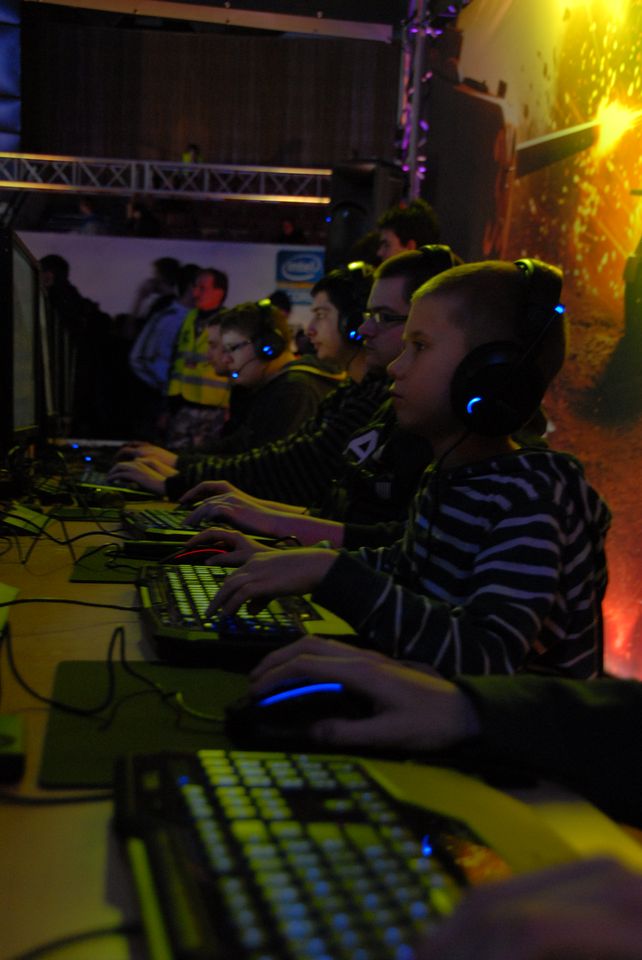 During the first day we had a young visitor at our booth who attracted a lot of attention with his gameplay. He was just taking his first steps in World of Tanks and already managed to impress everyone with his skill by taking part in random battles, destroying enemy tanks and even reacting to base capping by attempting to take down the cap points from the enemy. Possibly, a new eSports star rising?

Want to catch up on the group stage matches?  You can still see the some of the replays with commentary below:

Polish Speakers can also see streams of the entire event!

Stay tuned for news of the semi-final and final winners!