Get ready to witness a new series of epic battles between the two best teams from Europe, America, and Asia! Nothing but the best teams from Season I will gather in New York City for the Challenger Rumble on 19 November. There, they will battle it out for a share of the $200,000 total Rumble prize pool.

If you happen to be in New York, the place to be is the Altman Building, 135 West 18th Street. Entry is absolutely free, but please bear in mind that the number of seats is limited. Of course, the entire event will be streamed, so tune in if you're a night owl (or a very early bird!).

IMPORTANT:  when watching the livestream on wgl.gg/watch, don't forget to check the quest tab! Performing the quests and answering the polls will grant you access to exclusive raffles for gold, premium time, and even premium tanks! The prizes are usually delivered within two weeks. 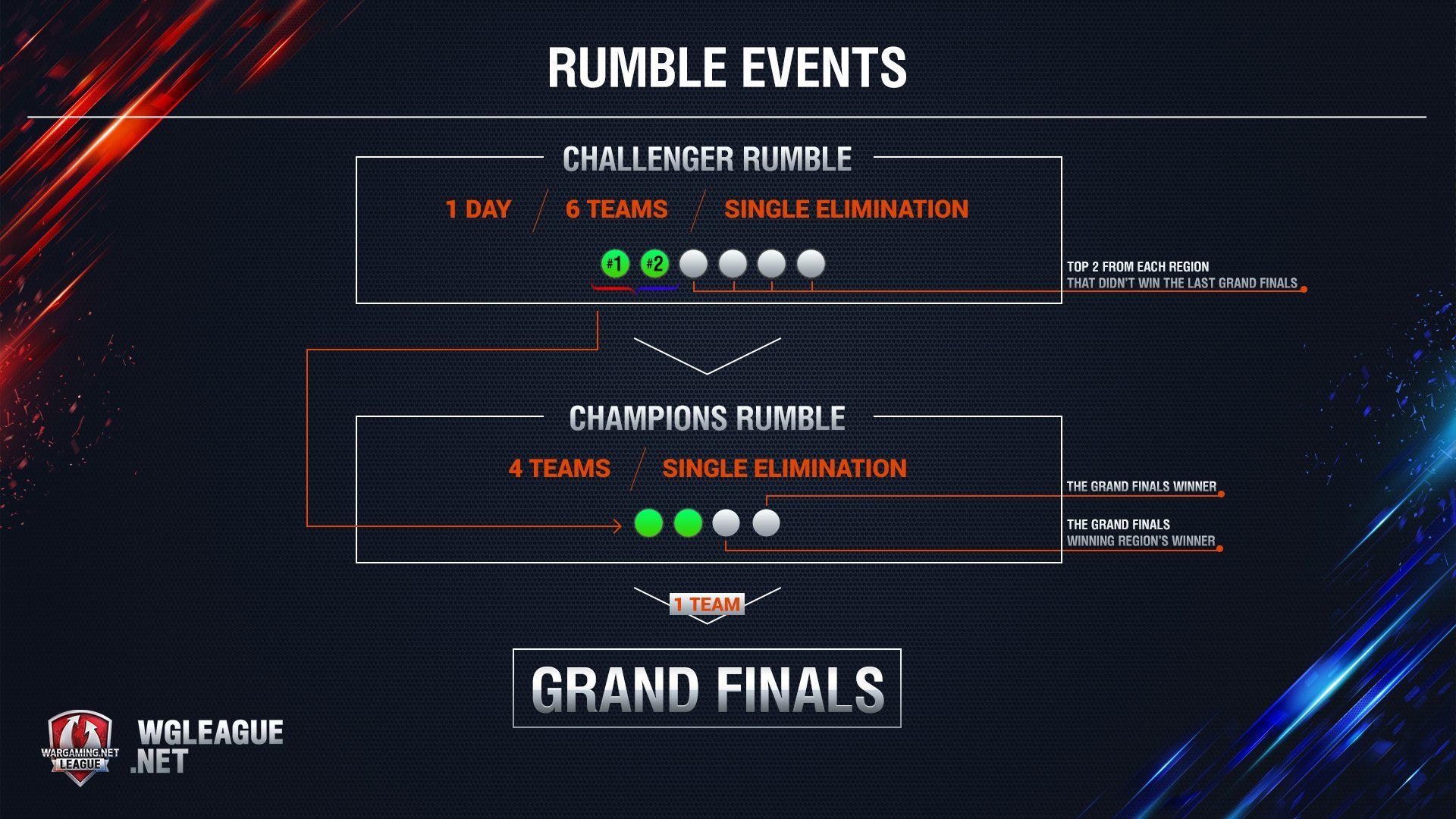 As you can see in the above schedule, the Challenger Rumble in New York will also host the finals of the first mobile World of Tanks tournament ever. The Blitz team [LGN] LEGION will represent Europe and face off against the champions from North America, Asia, and the CIS.  What better conclusion for the twister cup than a big battle during a major WGL event in the heart of Manhattan?