WGL EU Season 3: What a Finish!

If you’re an eSports fan you probably spent Friday 24th and Saturday 25th of January watching the finals of the third season of the European Wargaming.net League.  Even if you’re not a diehard supporter, you might have read the regularly updated news in our eSports section.

Regardless of whether you did or not, enjoy the recap video we’ve prepared for you!

The general atmosphere of this season was great and the games were faster than before, even with some camping matches. All the teams fought bravely over the two days and we’re happy with their performance.

Evil Panda Squad and Kazna Kru dropped out on the first day, taking the 5th and 6th spots in the finals. The teams did really well getting so far in the League, but sadly they could not hold their own when matched up against Lemming Train and DeNova. The biggest surprise of the first day was definitely DeNova, whose level of skill and teamwork was above everyone’s expectations!

The second day was full of even more decisive matches, mostly fast and one-sided right from the start. During the final, in which Team Dignitas faced Virtus.PRO, the gameplay slowed down a bit due to the equally matched skill level of both teams. Eventually the score finished at 4:3 in favour of the white bears! 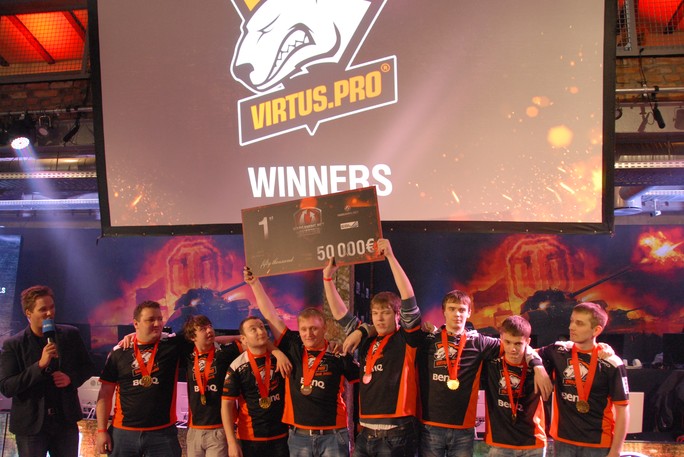 Virtus.PRO took home first prize and an oversized cheque, but their story isn’t over! After the awards ceremony, you may have heard the words, “See you in Warsaw”. The Polish capital city was also mentioned in some of our previous videos. Many people have been asking “Why?” and the time has come to give you a glimpse of what’s coming!

In April this year the Wargaming.net League will be heading to Warsaw, Poland, for the Grand Finals. The teams from all around the world who performed best in their regional Wargaming.net League finals will come to fight for even more glory in an amazing offline event right in the centre of the city!

Information about the exact dates, venue, teams, prizes and more will come soon! But trust us – we’ve prepared something truly unforgettable.

See you in Warsaw!
Discuss on Forum
Next
Select a region
Selecting another region may affect the website content.