DreamHack 2013 is over and so is the first season of the World of Tanks Pro League. Team-Dignitas went home as the ultimate victor, proving that the dark horse (or rather white bear), Virtus.PRO was beatable.

A total of six teams arrived at DreamHack.  On the first day, Mousesports, Dragonborns, Kazna Kru and SPALE fought for the right to fight the highest scoring teams from the qualifiers, while Virtus.PRO and Team-Dignitas had their chance on the second day.

The Pre-Playoffs were played in a double-elimination mode. Mousesports faced Kazna Kru while SPALE fought Dragonborns. Mousesports won a straight line of victories, to remain on top throughout the day, while the other teams slowly dropped into the losers’ bracket. SPALE and Kazna Kru ended their adventure in the first season of the World of Tanks Pro League.

The final match ended late in the evening, with all the teams exhausted after a long day of games. Ahead of them was a second, even harder day of games against the Russian powerblocks.

If you want to learn more about the tactics used by the teams, you can download all the caster replays from both perspectives!

The second day started in the early afternoon. Team-Dignitas, the second team in the overall rankings, faced the winner of the first day, Mousesports, in a best of 5 match. The teams picked the maps for the match to appear in the following order: Mines, Ensk, Himmelsdorf, Abbey and Widepark. The two most open maps, Airfield and Prokhorovka had been banned by the team representatives.

The games were really intense, with both teams clearly showing that they were equally well prepared for the match. Dignitas emerged to be superior, but it was a close 3:2 victory, proving that the western teams are really catching up the eastern giants.

You can download Part 1 and Part 2 of the Team-Dignitas vs. Mousesports match from our twitch.tv channel.

The second match of the day was a show between Virtus.PRO and Dragonborns. The teams decided to fight on Ensk, Himmelsdorf, Airfield, Prokhorovka and Mines, while banning Abbey and Widepark. This left them with the most open and most closed maps in the pool.

Virtus.PRO went into the game against the team who barely reached the finals at all, and most of the audience thought that it would be an easy 3:0 victory with the white bear steamrolling over the sons of dragons. However, Dragonborns rose to their name and bit the white bear hard, giving their very best in every single game. The match reached an exciting 2:2 score, forcing Virtus.PRO to break a huge sweat, but in the final battle on Mines however, the mighty dragons were taken down to earth by the bears. Dragonborns have proved that they were equally good and could challenge this tournaments favourite without a problem, leaving them exhausted and leaking oil at a 3:2 score.

You can download the match from our dedicated twitch channel.

The match for third place between Dragonborns and Mousesports was next.  The match between a Polish and German team attracted quite a crowd both on our twitch stream as well as the live audience. The teams fought bravely, but the superiority of Mousesports has showed clearly as they pushed Dragonborns up against the wall. The German forces didn’t survive the Polish guerrilla tactics, leading into a beautiful 4:1 victory for Mousesports, giving them third place!

You can download the match from our twitch channel.

The final match between Virtus.PRO and Team-Dignitas was ready to take off and you could already feel in the air that both teams saw a challenge ahead of them.

The teams chose the maps and the order to be as follows: Abbey, Mines, Himmelsdorf, Prokhorovka, Airfield, Ensk and Widepark. The choice of Abbey as the first was a surprise as it had seen lot of draws in the past.

This match was no exception and there were several draws. This balanced map was a big problem for teams at a similar skill level. After several replays, Dignitas managed to finally push the game forward, leaving the score at 1:0!

The second map, Mines, was a great show of lucky spotting by Virtus.PRO. However, Team-Dignitas proved that the middle of the map is the most important, and engaged Virtus.PRO from a superior position in order to decimate them with great style and a nice show of ramming skills! The score went to 2:0 for Dignitas!

The third map was Himmelsdorf. An aggressive start quickly led to an exchange of fire. At the end, Dignitas did not make the right choice, which led them to getting surrounded and mowed by Virtus.PRO! The score went to 2:1!

The fourth map was Prokhorovka and the game started with teams moving fast, with the Dignitas SPG moving to the middle-west part of the map to fire a shot, while the Virtus.PRO artillery stayed SE. The teams engaged and Arclit showed that a Tier VIII artillery can be priceless on such an open map if you can take advantage of that insane firepower. With only light tanks on the field , everyone could have been one-shotted even without a direct hit! The game was eventually won by Dignitas, bringing the score to an exciting 3:1!

The fifth map was Airfield. Both teams took rather standard, fast-paced setups, with AMX 13 90s, T71s and T69s with artillery support. The first game on the map turned out to be a draw due to timeout, but on the second take, Virtus.PRO managed to get the score up to 3:2!

The sixth map was Ensk! This rather closed map required a lot of tactical thinking and planning ahead. Virtus.PRO tried to put two of their forces in the middle of the map, but after seeing them in the open, Dignitas took their chance to engage. This move proved to be a critical mistake by Virtus.PRO, and led to Dignitas winning 4:2!

The replay is available for you to download and enjoy on twitch!

This was an amazing final of the first season of the World of Tanks Pro League, and it is not the end! The top teams will be sent for the grand final of the Wargaming.net League to fight as the server representatives!

For those of you who would like to join the World of Tanks Pro League, we advise you join Go4WoT or A-Series ESL tournaments to secure a spot for yourselves in the next seasons! We remind you that the final of the second season of the World of Tanks Pro League will take place at Gamescom, and you will get to see the best teams of this season fighting for the right to participate very soon! 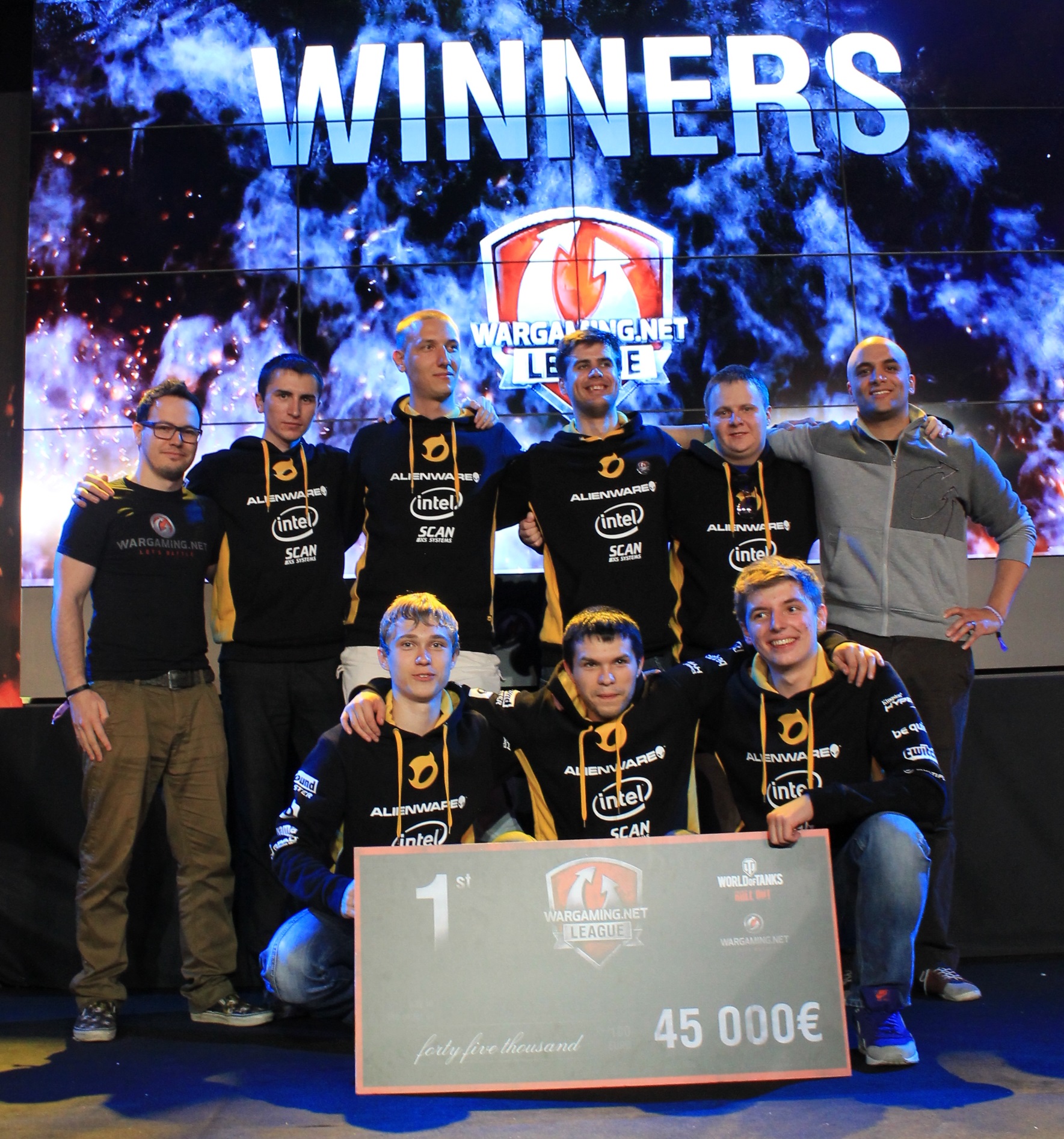 Thanks for watching and see you next season!