The second session of the contest will take place on Tuesday, October 30th at 18:30 CET (17:30 GMT). As usual, the  contest picture will be posted in the dedicated forum.

Thank you all for participating in our first Guess Where Contest. Many of you took part in this contest by trying to find out not only the name of the map, but also the exact coordinates and the tank hidden in the picture. Check out the full picture without the mask below: 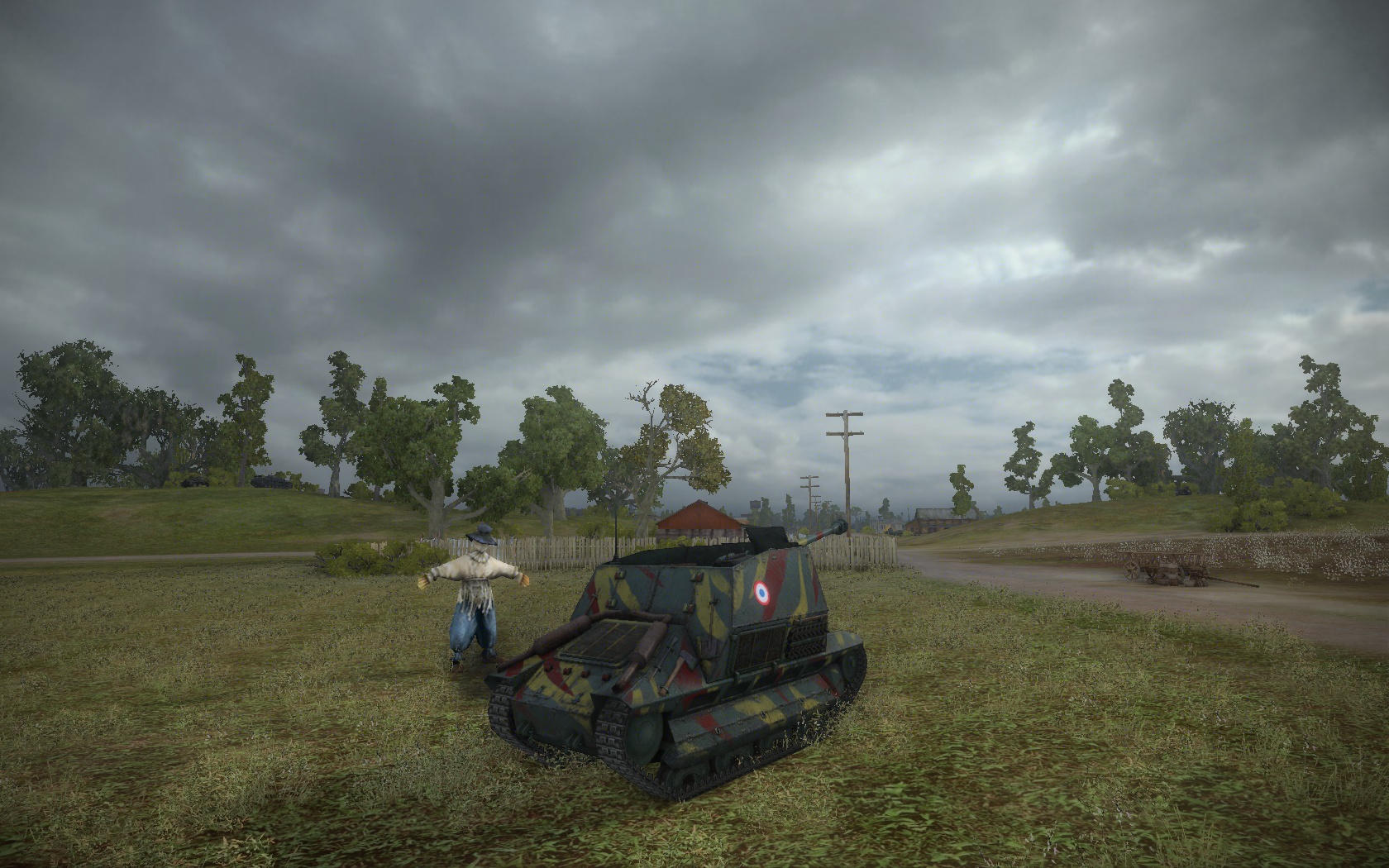 It was the FCM36 Pak40 tank on the Live Oaks map, F1 coordinates.

First the hints for the tank itself :

Now, here are the hints for the map: