The second session of the contest will take place on Tuesday, October 23rd at 18:30. As usual, the  contest picture will be posted in the dedicated forum.

Thank you all for participating in our first Guess Where Contest. Many of you took part in this contest by trying to find out not only the name of the map, but also the exact coordinates and the tank hidden in the picture. Check out the full picture without the mask below: 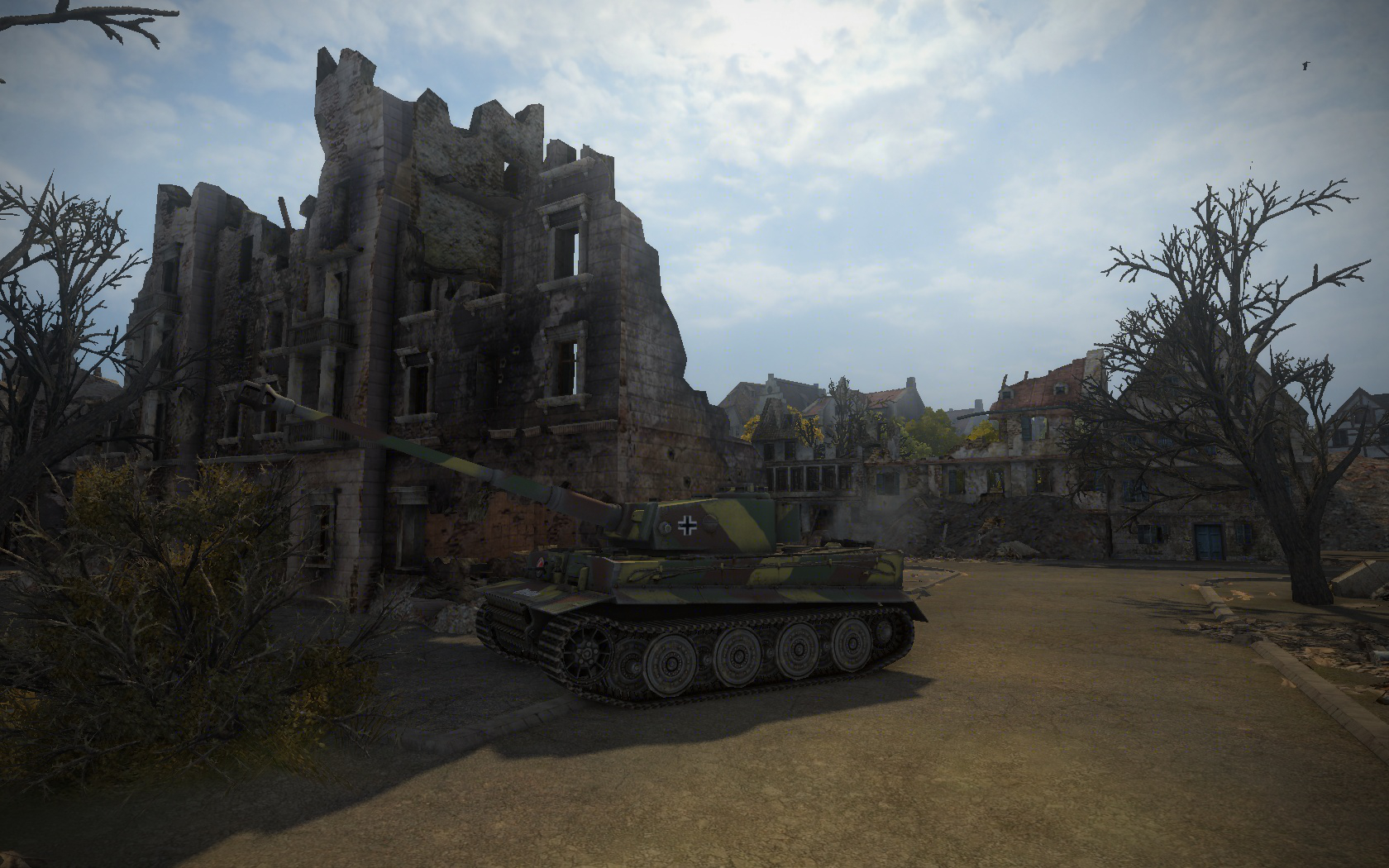 It was the Tiger I tank on the Widepark map, B0 coordinates.

You could guess the tank by part of the frontal armor and the tracks, typical for a Tiger tank. To make it easier, you could see the colours typical for a German camo. Additionally part of the side armour and armour skirts were visible, all rather typical for Tiger I tank.

You could guess the map by noticing the ruined houses and the trees. This sort of terrain is typical for several maps, such as Erlenberg. However, you could see no snow which already limits the list of possible locations. The group of the buildings to the left is rather typical and by comparing them, the view of the street and the tree you could guess the exact position on the Widepark map.