Are you a real hero on the battlefields? Do your enemies wet themselves when they see your tank arriving in front of them? This contest is for real battle heroes who come back from their fights with plenty of medals and decorations. If you are also a model fan, you will enjoy this contest because you can win some tank models created by Revell. 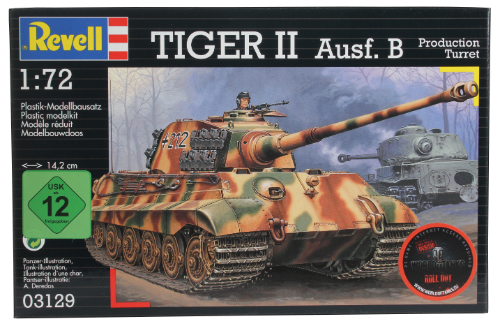 The aim of the contest is to win as many achievements as you can in a single battle whilst driving one of the tanks that have been modeled by Revell.  For each achievement, you’ll score points, and those with the most points will be winners! You will be rewarded for your heroism with a cool tank model and some well-earned gold!

Check the list of possible achievements that you can collect, and prepare yourself to get as many as you can. Some of them are only available for platoon members, so it is a good time to invite your friends to play!

What can you win? You can get a model made by Revell of one of following tanks:

Each package containing the model comes with a DVD containing artworks, screenshots, soundtrack and teaser.  It also comes with a World of Tanks bonus code card, and activating it will give you:

Additionally each winner will get 1500

We have 10 models to give away, one of each tank design.  Each tank will have its winner. That means the player with the best score on each tank will get the Revell model of that tank and 1500 gold!

If you think this challenge is for you, then take a look at the rules! We hope to admire your performances soon!

To participate in the contest, you have to play a battle between today and December 10th at 23:59 CET (22:59 GMT). You will need to send us the replay, so make sure that battle recording is activated on your account!

Only battles with the following tanks are eligible for the contest.

Only one entry per player is allowed per tank type. However, you can win only once.

Please send your entries to models_for_medals@wargaming.net before the December 12th at 12:00 CET (11:00 GMT)

The subject should be: [MfM] the model of your tank/ the number of points scored/ your in-game nickname

Only random battles can be taken into account. Tank companies, clan wars and training battles are not eligible.

The points to include in the subject line are counted as follows:

Of course, you only count your points in one single battle.

Obviously the winners will receive their models. But whether you take part or not in the contest, you can still get your hands on your very own tank model. Why not have a look on the Revell website and choose your own model! Everything you want to practice your modeling skills is there! The online shop distributes across Europe.

The following model boxes are available as part of the partnership between World of Tanks and Revell:

Why not give it a go and see what you can build!

But now it’s time to go to battle, commanders, and return as heroes!