As you know, update 9.4 includes some new features added to the Strongholds game mode. This is what you can expect after updating your game client:

The updated Strongholds game mode enables the clan to upgrade the structures in its stronghold up to level X. Moreover, the special Reserves will give you bigger bonuses when upgrading the buildings which produce them. These reserves – once activated – will provide all clan members with a bonus to the battles they participate in for a certain amount of time. The bonuses will be as follows:

Important : Please note that the bonuses are dependent on the level of the building which provides the respective Reserve – the higher level your structures have, the bigger the bonus they will provide.

For more information regarding the missions issued by the War Department structure, please refer to our dedicated article.

After update 9.4, clans will have another possibility of earning Resources besides engaging in Skirmishes – they will be able to raid Strongholds of other clans and plunder them! It’s very easy: to attack another clan, just go to your Stronghold tab, check the Intelligence information, select your target and apply. 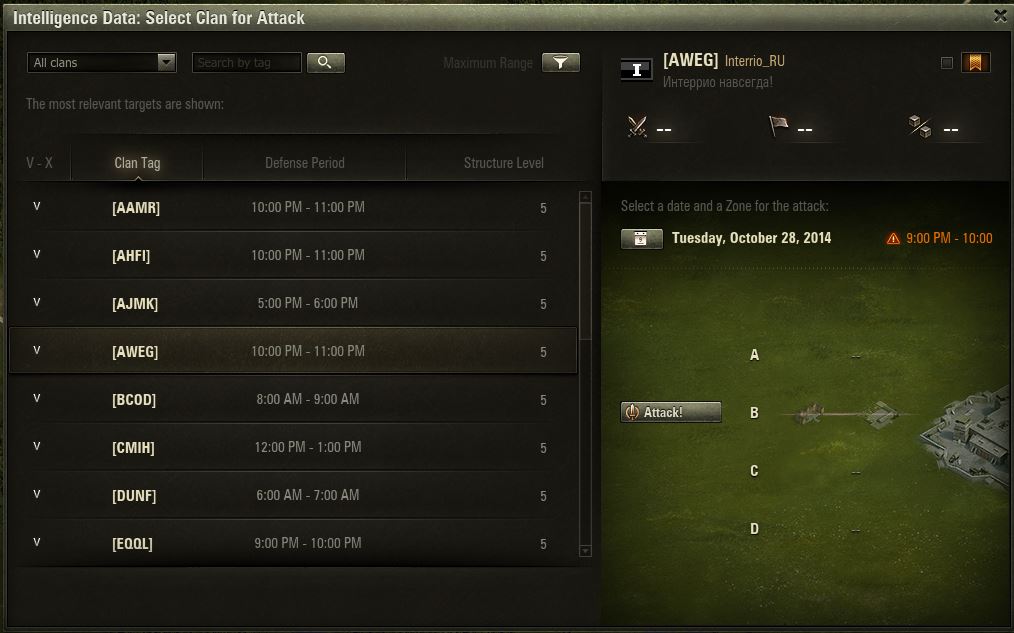 Having the possibility of attacking other clan’s Strongholds means also that your own stronghold can be subject to an attack as well. However, every clan in a possession of a stronghold can set specific times, in which they can be challenged. This way, it is easier to maintain the battle schedule and meet the opponent fully prepared. During the defence time, your stronghold can be attacked only once. 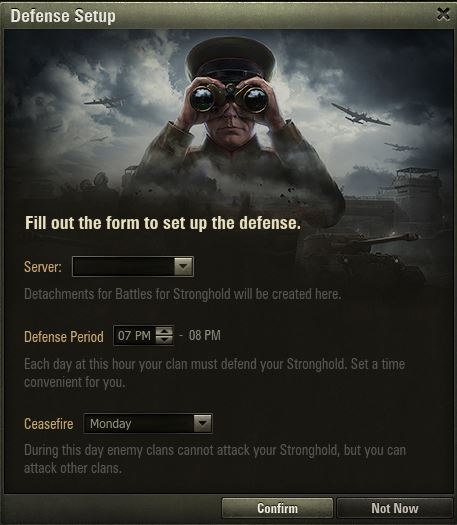 There is also the possibility of setting up a so-called “Ceasefire Day.” If this option is used, other clans will not be able to attack you on the day of the week you specify. 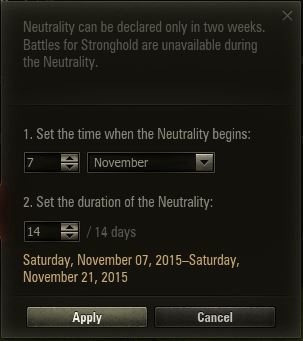 There will be one more feature which will help with the Stronghold management, namely the “Neutrality period.” This option will allow the clan to take a longer break from Stronghold battles. It works similarly to the ceasefire day, but in this case, the safe period can be set up for up to 2 weeks.

The stronghold of a clan which is in an active neutrality period cannot be attacked until their neutrality comes to an end.

Important : Do you remember our special persistent mission which has been active almost since Strongholds game mode was introduced? Once version 9.4 goes live, this mission will be cancelled. However, the 50% XP bonus will remain permanently active for all Skirmish battles from that point on.

Start training, because things are about to get real in Strongholds!