However, thanks to the brave warriors of three heroic clans, the last hope of humanity, Valhalla was defended and the balance of our world preserved!

First, the warriors which have trained under the breath of death, [OM] Odem Mortis, performed a deadly attack against the Dark Gods and it was one hell of a battle! The Dark Gods decided to use their strong and durable setup, which was all Maus tanks, and tried to capture the base using the power and armour of these steel giants. However, the warriors forged with the breath of death kicked them out of the cap zone and through the doorstep of Valhalla!

The Dark Gods were not defeated yet! They were still plotting their second attempt to breach Valhalla and spread to the deeps of Asgard. This time, they decided to use two T57 American Heavy Tanks and six FV215b 183 British Tank Destroyers to crash through the doors of Valhalla and destroy the defending forces of the mighty warriors of [RSOP] Rynnäkkösopulit. Assault Lemmings decided that a good offence is the best defence and proved it on the battlefield! [RSOP]chose to advance through the castle-topped hill of Winter Himmelsdorf. They fought bravely, but suffered heavy casualties and the Dark Gods saw a spark of hope on the horizon for their evil plans. This encouraged them to go full force, but the Gods made a deadly mistake and left their own base undefended! Our cunning heroes saw that opportunity and concentrated their forces to invade the Dark Gods’ base. It was a fierce battle, but in the end they made it and conquered the Dark Gods!

The fate of the Dark Gods was sealed by the efforts of the fierce warriors of [FAME] Deal with it! The famous warlords moved in swiftly to deliver the final blow against the Dark Gods. With the final victory, they banished the Dark Gods from Valhalla. They heroically sacrificed their greater numbers by sending them to swarm and outflank the Dark Gods. They won the battle with four warriors left standing on their side.

The heroic achievement of these three clans will not be forgotten! For their valor and sacrifice in combat, the 296 brave souls who saved the world from Darkness will now be bestowed this exalted mark of pride upon the records of their service, for they have earned their place in Odin’s feasting halls until the end of time: 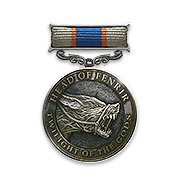 The battle is won but don’t let your guard down – the Dark Ones may return someday to avenge their defeat!