Get ready, call your clan members together and prepare once more to fight for global domination when the Global Map returns for its 15th season! This time, there are even more provinces to fight over at Tier X, the workshop mechanic is back, some regulations have been improved, and the map selection has been switched up a bit to keep things interesting. Read on to learn everything you need to know about Season 15.

Season 15 will stick to the traditional 15v15 format for Tier X and 10v10 format for the Tier VIII front.

During Season 15, players will have access to the Workshop where they can produce camouflage patterns and sets of projection decals using resources earned after battles on the Global Map.

After a battle on the Global Map, participants will receive various resources.

The amount of resources is the same for all team members and depends on the following factors:

Items that can be produced in the Workshop during Season 15:

All components can be disassembled into resources. This process occurs instantaneously, but the amount of received resources will be smaller than the amount spent on assembly.

The components are used to produce camouflage patterns.

Only one item can be produced at a time, but a production queue can be set.

Items in the production queue can be shifted within, or removed from, the queue. When removing an item from the queue (including the current one), the resources will be returned to the Depot in full.

In the Workshop, players will find the battle log. It displays the amount of resources earned in all battles since the start of Season 15.

Once the Workshop stops, all unused resources and produced components will be deducted.

to construct a missing resource using Scrap, then use the resources to produce a component. 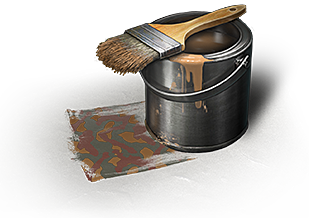 Firefly provinces will again consist of 1 small group of 3 adjacent provinces per time zone and they will move every week on Monday.

Firefly provinces will be disabled, but there will be a number of regular high-income provinces.

On October 25, the time changes to CET, but don't worry, the Prime Times will be adjusted accordingly too, so you don't need to change anything on your side.

Regular, auction, and landing provinces will be available on the Global Map.

The battlefield is divided into zones with various levels of income, including provinces with no income.

In Season 15, clans can earn a new set of rewards for the clan's position in the Alley of Fame: