Update 1.1 introduced an important change to the Strongholds: the ability to auto search for teams and players. Finding a suitable team or legionnaires to play alongside has become much easier.

How it works for players

We have revamped the Clan Battles window for use in Strongholds and added the ability to auto search for teams and players: 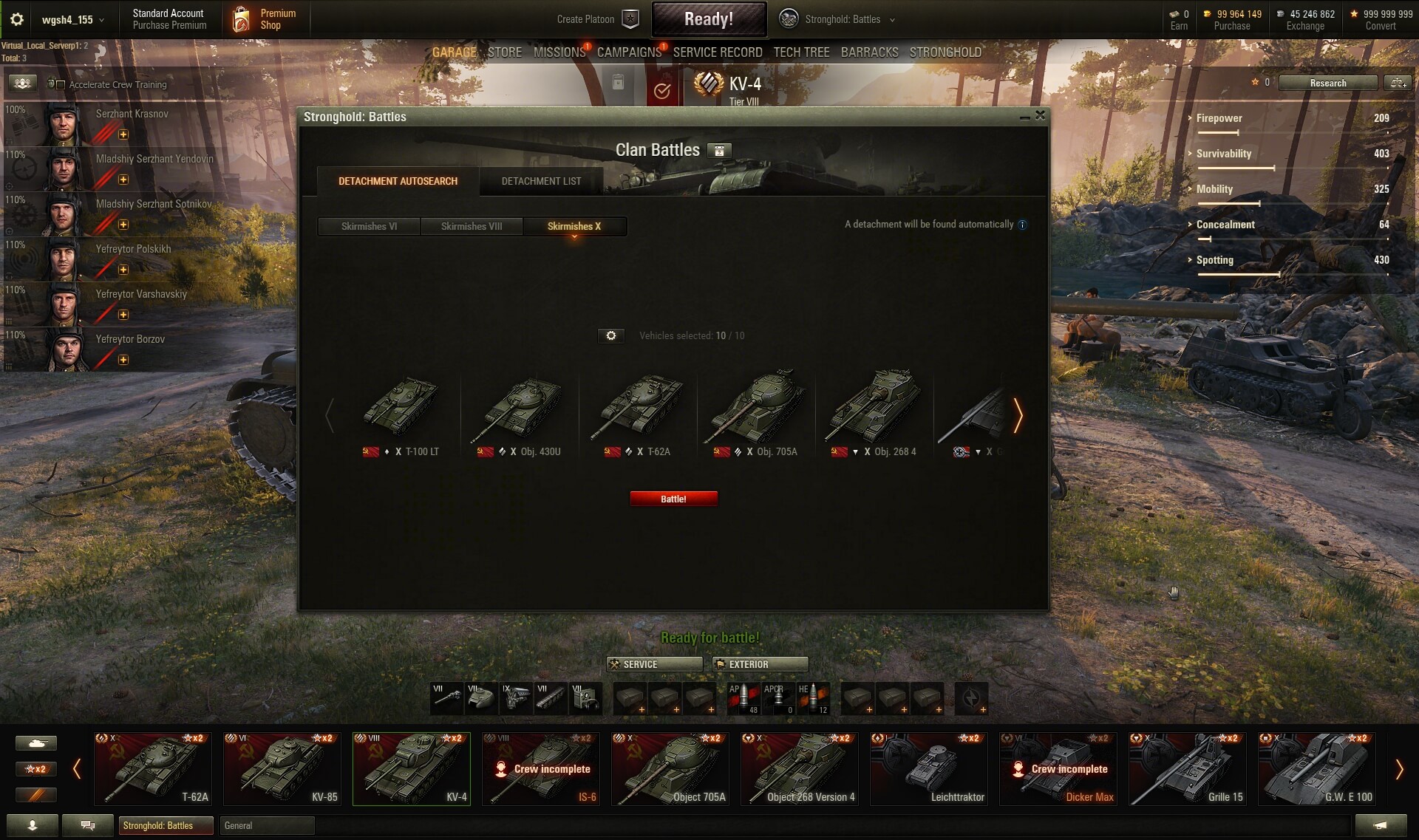 Now all you need to do to find a detachment is to select the desired vehicles and click “Battle!”. A detachment of players with the closest average skill level will be found automatically, while the vehicle used will be determined according to the list set by the Detachment Commander.

Naturally, searching for teams from the detachment list will work the same way as before—just switch to the “Detachment List” tab.

If you need to quickly find players for your team, you no longer have to wait until someone joins the detachment and ask them what vehicles they have. You simply define the type of vehicles for players to play on, or specify particular vehicles: 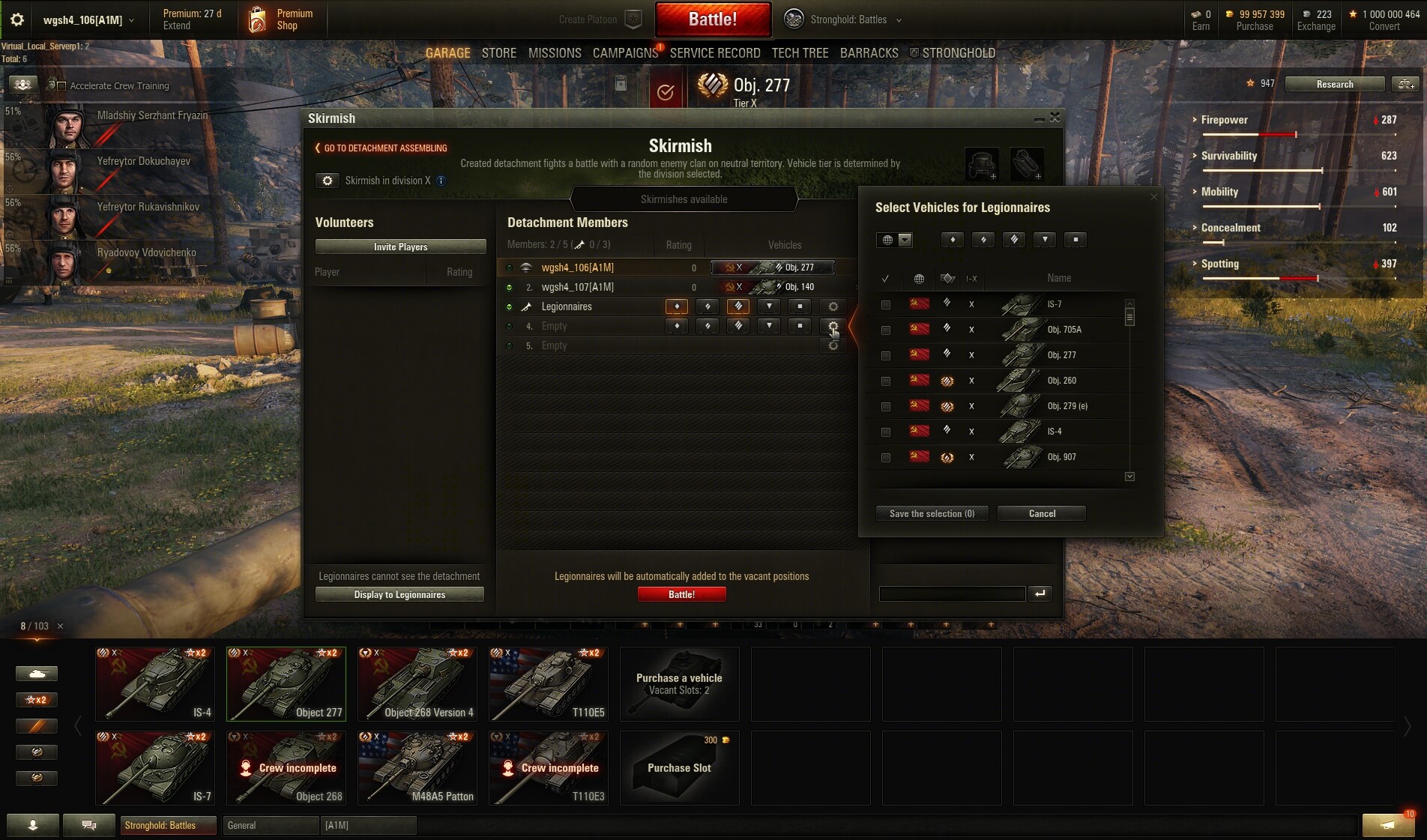 When all the detachment slots have been occupied by players or set to auto search, the search for legionnaires will begin after you click “Battle!”. 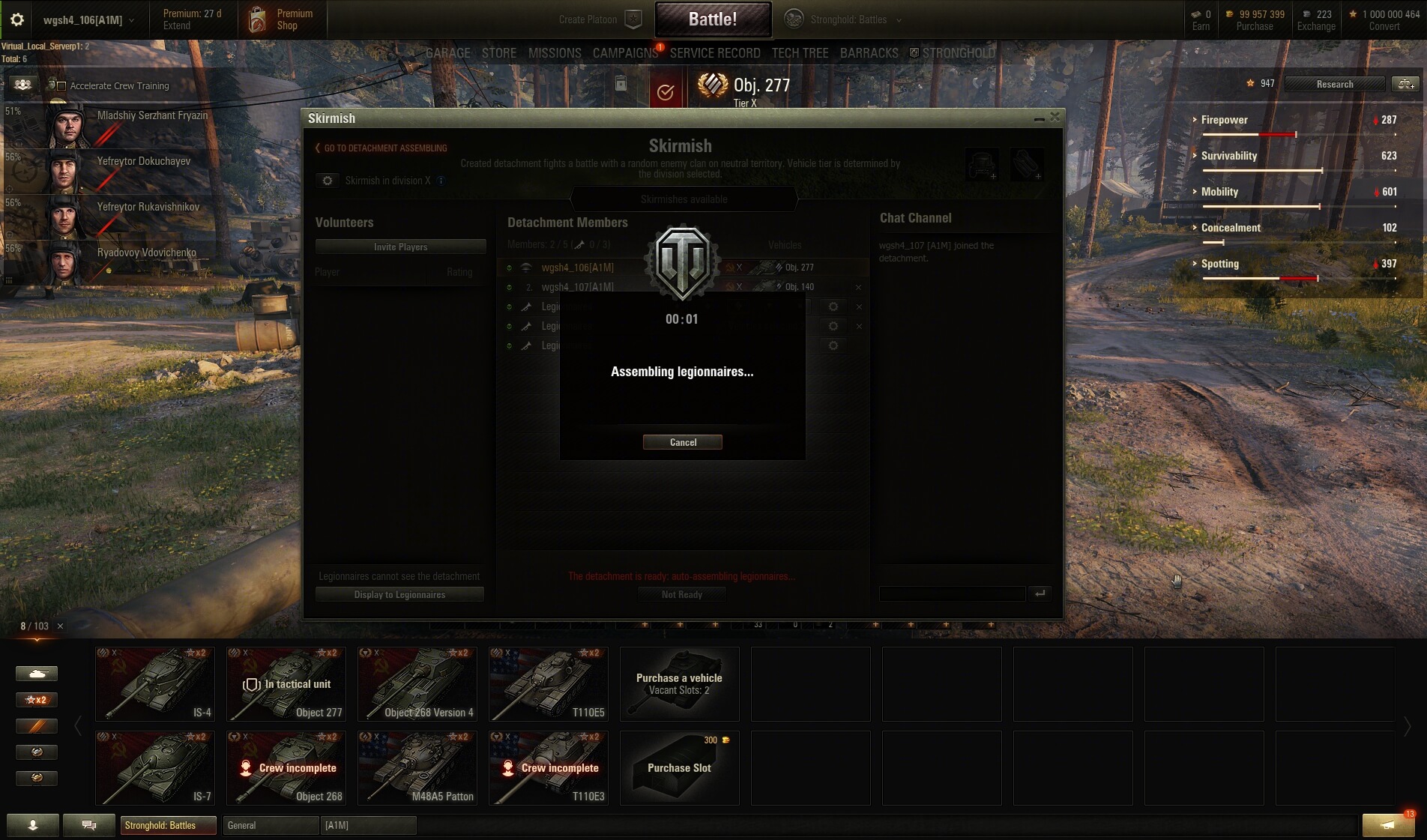 The players found will match the team’s average skill level, and the vehicles used will depend on the players’ and Commander’s presets.

More details in the updated guide:

When and where it works

The autosearch feature is always active for Skirmishes in division VI. For divisions VIII and X, the system is enabled on Saturdays, the day when War Games take place in Strongholds.

This way, searching for both teams to play in and players to play with during the busiest period in Strongholds will be easier.

Important: The auto search feature is still being tweaked and tested, so please leave your feedback on the forums, as it is important to us.

Good luck on the battlefield and roll out!