Update 9.17.1 is headed into Supertest, jam-packed with experience-sharpening changes to multiple game elements. And we’re excited to begin our breakdown of everything that’s in store. This update will bring a salvo of features: enhanced representation of technical characteristics and improved damage log panel, sound tweaks and additions to vehicle comparison, along with a massive Tech Tree revision. Strongholds mode is in for a few adjustments as well.

Check out the detailed change set below to see what’s on the way.

The Supertest happens at the early stages of development—typically a month and a half before final release—and involves checking the changes of a new update and searching for the most critical issues before open testing. World of Tanks Supertests are divided into production tests (new maps, balancing vehicles, etc.), and version tests (the entirety of the update).

Once Supertests are complete, Common Tests begin, and those are available to all players interested in trying out the new features.

As mentioned recently, we’re reinforcing our commitment to bringing Tech Trees up to speed with the game as it stands today. In 9.17.1, this includes smoothing the progression to the top tiers of the German, Japanese, and American lines in particular, plus tackling some balance issues and introducing several all-new tanks.

To make its overall structure more consistent, the German Tech Tree will get two completely new heavies: the VK100.01P (Tier VIII) and Mäuschen (Tier IX). Massive and heavily-armoured, these two will combine powerful guns with decent protection and poor mobility. Gameplay-wise, they’ll be more similar to the Maus than its current predecessors: the VK 45.02 (P) Ausf. A and VK 45.02 (P) Ausf. B. That’s why the Maus will be placed after the Mäuschen. It’ll also receive a shorter reload time, better gun handling, and thickеr frontal armor.

Following Tech Tree revisions, German heavy tanks will get a few of their combat parameters changed. The nation's medium vehicles will see a number of improvements too. We'll share a full list of balance tweaks soon, so stay tuned.

We’ve kept a watchful eye on battle stats and will introduce a series of tweaks to punch up underperforming vehicles and prevent their more powerful counterparts from upsetting overall balance:

Decreased armor protection of the commander's cupola.
Armor protection of the sides, behind the roller wheels, decreased from 254 mm to 76.2 mm.
The T110E5 commander’s cupola is near impossible to penetrate with regular shells in all but a small section. We will tweak the cupola armor to make it more even across its surface. It’ll still have robust protection, but a good shot with regular rounds will do the job.

Maximum forward speed increased from 40 km/h to 50 km/h.
The FV 4202’s maximum speed will be increased so that it can keep up with the Centurions.

We’re continuing to incorporate useful elements from your favorite third-party modifications. This time, the battle UI is getting a detailed "received damage" log. This includes ribbons for the damage amounts, shell type, critical hits, and the name and type of the vehicle that hit you. Conversely, we’ll remove ribbons that aren’t as useful: machinegun fire ribbons and detailed log messages will only display the total amount of damage caused by a series of shots.

Finally, 9.17.1 will introduce a new setting for adjusting the width of the dynamic damage indicators, signaling how much damage you receive or block. These additions will make it easier to evaluate ever-changing combat situations and quickly adjust your battle plan.

We heard your requests to expand the list of comparable stats, and we're pleased to say this is coming with 9.17.1. Soon, you can examine vehicles' mounted equipment, Crew Skills/Perks, consumables and camo.

With over 500 vehicles to choose from, it’s crucial to get the maximum information on each, whether it’s already in your Garage and you want the full rundown on specs, or you’re thinking about researching or purchasing it. In 9.17.1, we’ll build on the simple tech characteristics display to make it more informative. One-time cost equipment that affects combat performance (e.g., Binocular Telescope and Camouflage Net) will display their familiar icons. On top of that, you’ll see how much of a bonus they give you in solid numbers.

Also following your requests, we’ll be replacing the "Standard Shell Penetration" and "Standard Shell Damage" ranges with an average number for each, shown in the Garage and Vehicle Preview Mode. If you prefer the current range displays, they will still be shown in a tooltip.

Finally, you’ll be given more details when choosing ammo types. The default type will be marked in a tooltip on the shell. And you can see it compared to others, right in the tooltip, which will make it a lot easier to choose the most useful shell for the job. 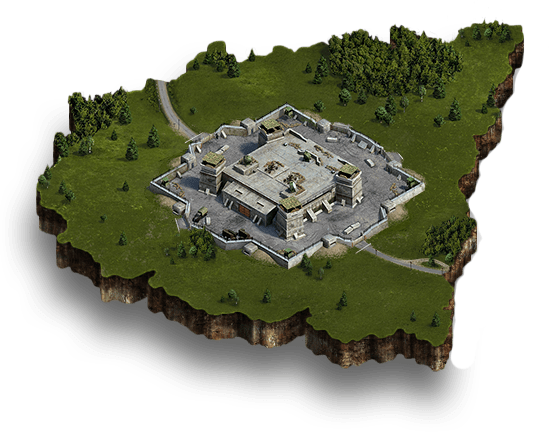 A brand-new, simpler “Advances” format will replace Battles for Strongholds. It differs from the old format in a few ways:

With the removal of pillages and mandatory daily battles, it would have been too easy to reach the top levels of Strongholds development. As a result, War Departments, which are now mainly used by top clans who earned their stripes in combat, would become available to more players. All clans would rush to level up and receive tasks with valuable rewards, which would disrupt the fair play environment. To prevent this from happening, we’ll replace War Departments with challenges, dubbed “War Games,” where clans that participate in Skirmishes and Advances will compete for rankings in different categories. Those who end up at the top will receive Gold, Advanced Reserves, and other rewards.

IMPORTANT: This change will be implemented after the 9.17.1 release.

Also, you’ll notice a new option for Skirmishes. When creating a detachment, you can open it for others to join, similar to Team Battles and Tank Companies. Whether you're new and want to try Skirmishes, or fought in a few as a legionnaire or volunteer, just browse through the list of available detachments in a special screen and choose.

If you love to go all unconventional with game sounds, it's time to celebrate! Starting in 9.17.1, audio files will be available to modders, while those using third-party voiceovers or sound packs can personalize their experience by tweaking almost every in-game sound.