Platoons: 9.18 stopped SPGs from forming and joining Platoons. This limitation was a temporary measure designed to help us better measure the impact of comprehensive SPG changes. In the weeks since the launch of 9.18, we've heard a tremendous amount of feedback on this particular change. Having analyzed the data, we are returning SPGs to Platoons with a maximum limit of one per Platoon.

Vehicle types: Teams that were vastly different in vehicle composition used to be among the matchmaker’s most critical issues, which couldn’t all be resolved at once. We’re fixing this in steps. Update 9.18 significantly lowered the number of poorly balanced teams by adding tank destroyers to the list of factors the system considers when assembling two teams. Most feedback said it worked just fine, with the difference in the number of artillery, light tanks and tank destroyers going down to one vehicle at most.

However, it wasn’t enough to resolve the issue altogether. For example, a team with a scout at Tier X would be matched against one with a scout at Tier VIII, which could hardly be considered a fair situation. 9.19.1 ends this by introducing another new bit of logic that balances team makeups by vehicles types and Platoons within a tier. Every time the matchmaker creates a battle it’ll ensure both sides have a similar number of TDs, LTs, and arty on each battle tier. Let’s say, there’s a team with a TD at the top, two scouts in the middle, and an arty at the bottom. The matchmaker tries to mirror these when assembling an opposing team. Like always, if finding an exact match could leave you waiting, it loosens the rules to get you into a battle quickly.

Team lists are being restructured to help you get a better read of the battle, analyze the opposition and plan your tactics. Vehicles are listed beginning with heavy tanks. Right below them you’ll see medium tanks, followed by tank destroyers, light tanks, all the way down to arty. Vehicles belonging to the same class are sorted by name. Those that begin with numbers come first, followed by the Latin alphabet, and then finally vehicles named in Cyrillic at the bottom.

The upcoming updates will mark the introduction of a new onboarding experience, which will deploy in several stages, beginning with 9.19.1. In it, we give you Boot Camp. Down the road, we’re planning to continue evolving the experience with more new training elements.

This first stage of onboarding invites newcomers to explore the game’s core mechanics by playing a series of four battles, complete with tips that explain gameplay basics and tactics using different maps and scenarios. To create a smooth learning curve, Boot Camp introduces the complex Garage interface step by step.

The course guides you through the Garage one function at a time, establishing a clear path first-time tankers should follow to get battle-ready. First, you explore the absolute essentials: purchasing and upgrading a vehicle, driving, shooting, armor types, dealing with critical hits, Crew training, vehicle upgrades, and consumables. Throughout the process, you get detailed information on the elements most relevant to your current stage.

The training ends in a final challenge: a full-scale 15v15 battle where you, alongside 14 bots, fight a team of 15 AI units. And these aren’t your regular World of Tanks bots. We developed a much more advanced AI for Boot Camp.

The onboarding experience is not just learning: you’re earning Credits, XP, equipment, consumables, and Premium Account time along the way. This will help you hit the ground running and get your hands on your first ever Tier X vehicle, fully equipped and with the skillset necessary to succeed.

Boot Camp is available to new and experienced tankers alike. However, only newcomers get to keep resources they earned while learning.

Update 9.19.1 rolls out a set of revised Personal Missions. Their difficulty level went up after the introduction of the improved matchmaker. The team went over your feedback and adjusted mission conditions to better reflect the current state of the game. Thanks for bringing the issue up and helping us fix it!

Changes to Conditions of Personal Missions

Improvements to the Specials Window 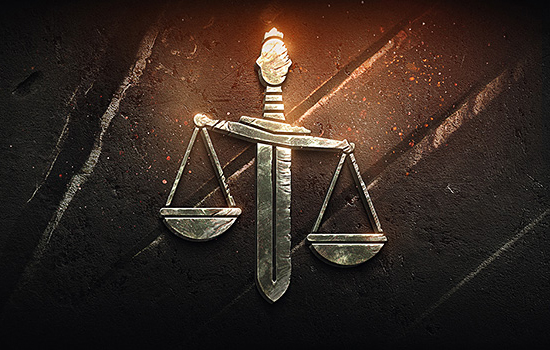 Two months into the 9.18 release, the game receives the first pack of refinements to the matchmaker, stemming from your input and the game data we collected. We saw a lot of confusion after stopping SPGs from entering and forming Platoons, and in hindsight, we could have explained the reasoning behind this decision a bit better. This restriction was designed as a temporary measure to help us assess the effect the comprehensive SPG changes had on the overall experience. Having analyzed the data, we are returning SPGs to Platoons with a maximum limit of one per Platoon.
Update 9.19.1 also streamlines team lists representation and improves the balance by vehicle types. The matchmaker now balances team makeups by TDs, LTs, arty and Platoons within a tier, trying to mirror these when assembling an opposing team.
There’re more improvements waiting to be made as we continue fine-tuning the matchmaking. 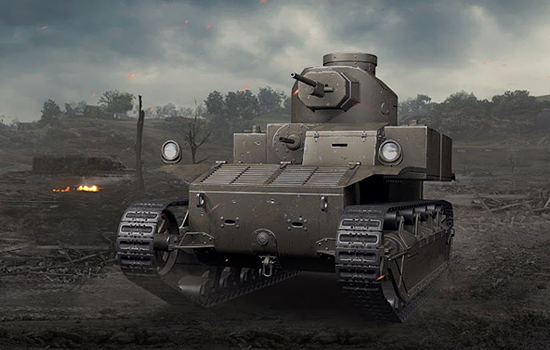 There’s good news for tankers who’ve just started exploring the game, wouldn’t mind revising the basics or want to bring a few more friends on board! 9.19.1 reinvents the in-game newcomer experience with a new interactive system, Boot Camp. It guides the player through the complex Garage interface step by step and introduces them to tank combat tactics and maneuvers using different maps and scenarios. Throughout the process, players get detailed information on the elements most relevant to their current stage.
We hope Boot Camp helps newcomers hit the ground running and welcome your suggestions about the onboarding course as we continue evolving it moving forward. 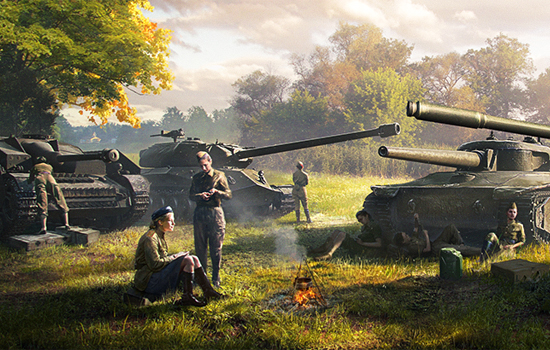 The difficulty level of a few Personal Missions skyrocketed after the introduction of the improved matchmaker and SPG revision. The team went over your feedback and adjusted mission conditions to better reflect the current state of the game. Thanks for bringing the issue up and helping us fix it!

Attributes of the Polish nation were added:

Note: For now, the Polish nation will not be added to the Tech Tree.

Changes to the SPG vehicle type

Changes to Conditions of Personal Missions

MT-7: A Surprise Blow, for all chapters:

MT-8: Confrontation, for all chapters:

MT-9: A Worthy Opponent, for all chapters:

HT-6 (renamed and fully changed). A Two-Cause Meal, for all chapters: