1.1 The main reward for participating in the event will be 4,500 Tier VIII premium tanks, IS-5 (Object 730), which will be awarded according to the following conditions:

1.2 Top clans of the Event will be awarded with licenses for a free tank. These licenses will be distributed according to the clan’s position in general clan rating.

1.3 Premium tanks will be awarded to players who scored the highest number of personal Fame points in the clan and are in the top 11,000 player by Fame Points. An exception will be clans with 100 licenses – in these clans tanks will be sent to all players of the clan, if they are in top 11000.

Important: To get a tank in a clan, which has licenses for it, you need to be this clan’s member for at least 5 days.

1.4 6,500 players who are in the top 11000 players by the number of personal Fame points - but not among the players eligible for a free tank - will be able to buy the premium tank IS-5 (object 730) for 12,000 gold until July 15 2015 inclusive. This possibility also applies to players without any clan affiliation. The tank’s purchase will be conducted exclusively through the event map interface.

1.5 The IS-5 (Object 730) will come with a unique clan camouflage, which can be applied only on that particular tank. The camouflage will be supplied only with the tanks obtained for free.

Check out the following table for more info: 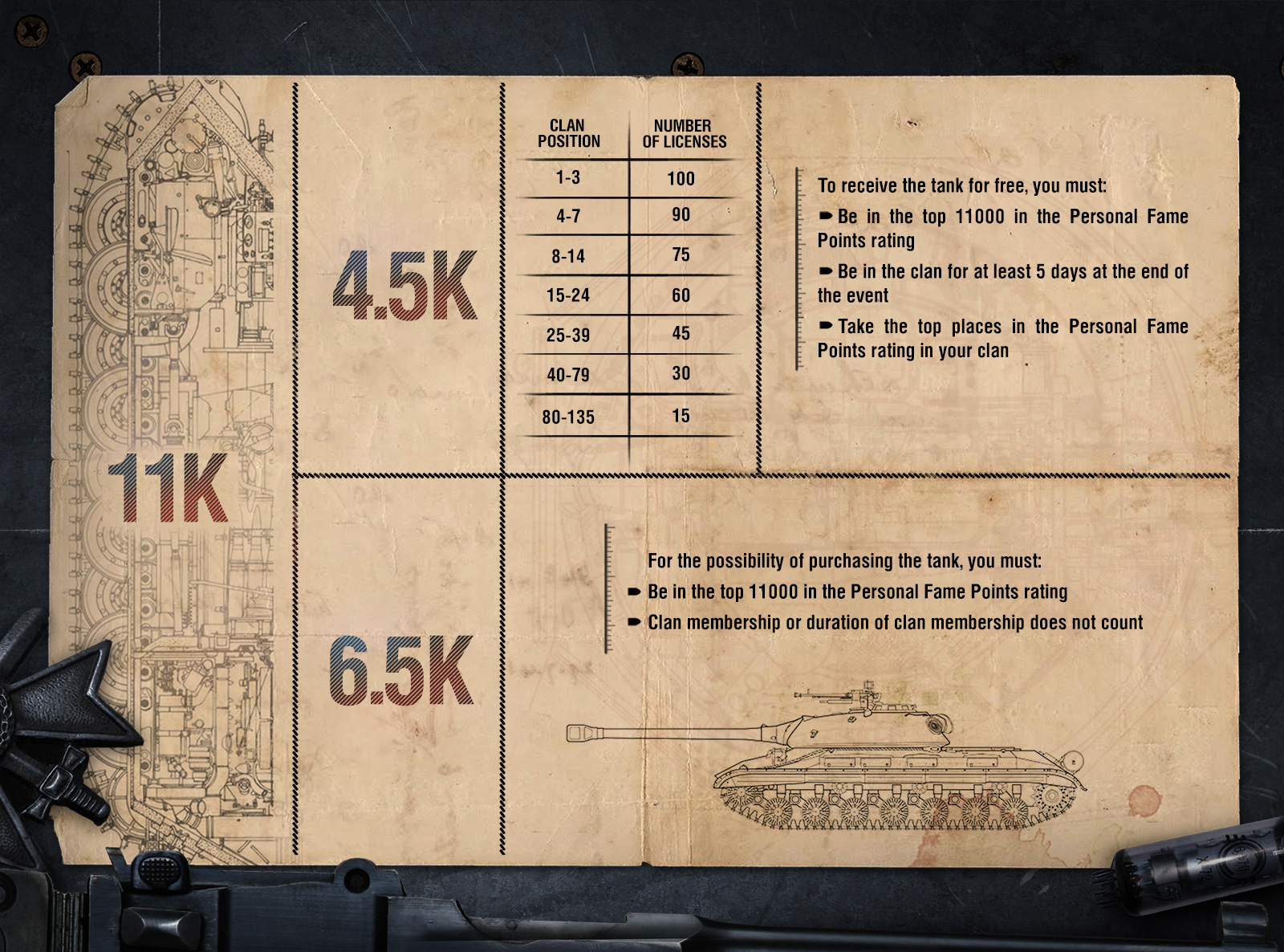 Medals "Soldier of The Last War ", "Top Secret", and "Watchman" will be credited within 1 day after the battle. The rest of the medals will be awarded on the basis of the entire game event.